Every once in a while I get to do something I've never done before.  A few weeks ago, I was asked to volunteer my services in support of the Santa Margarita Catholic High School Mothers Club annual fund-raising senior fashion show.  Well, I've never shot a runway fashion show before, so I said, "Why not?"  As it turned out, I joined dozens of Santa Margarita students who also had never done anything like this before as well.  Together, it was a fun ride.

The show had previously been staged in the school gymnasium, but this year, the organizing committee of the Mothers Club was able to secure the services of a professional fashion show producer, James Campbell, and the use of the neighboring San Francisco Solano Church Parish Hall, which was still under construction when rehearsals began.  So the group conducted its first rehearsals in the courtyard outside the church.  Most of the kids had no clue what they were doing (and some were wondering why they had been volunteered into doing this). 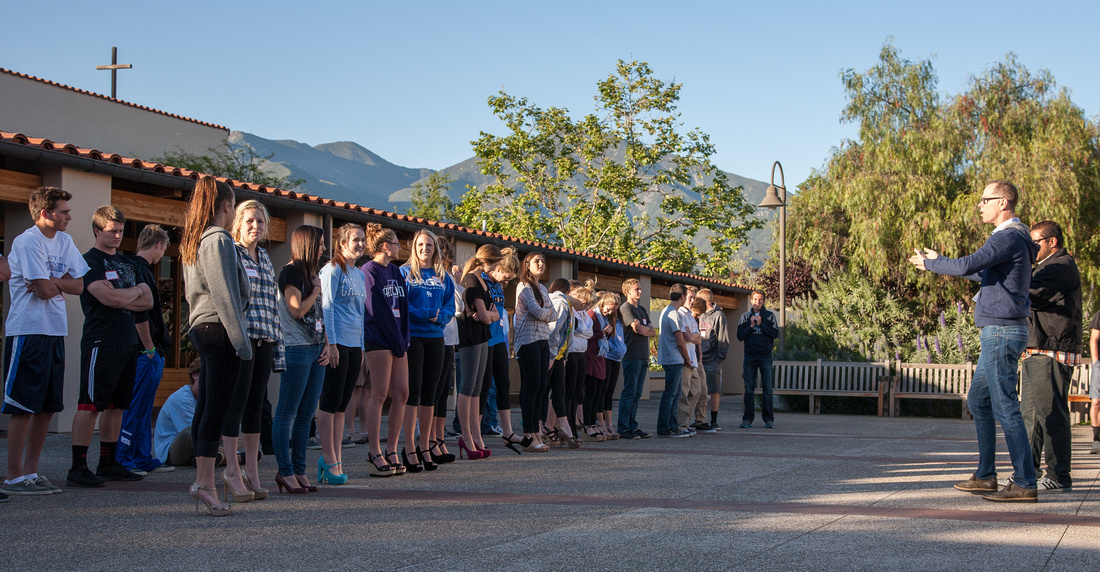 First lessons included how to walk like a runway model. 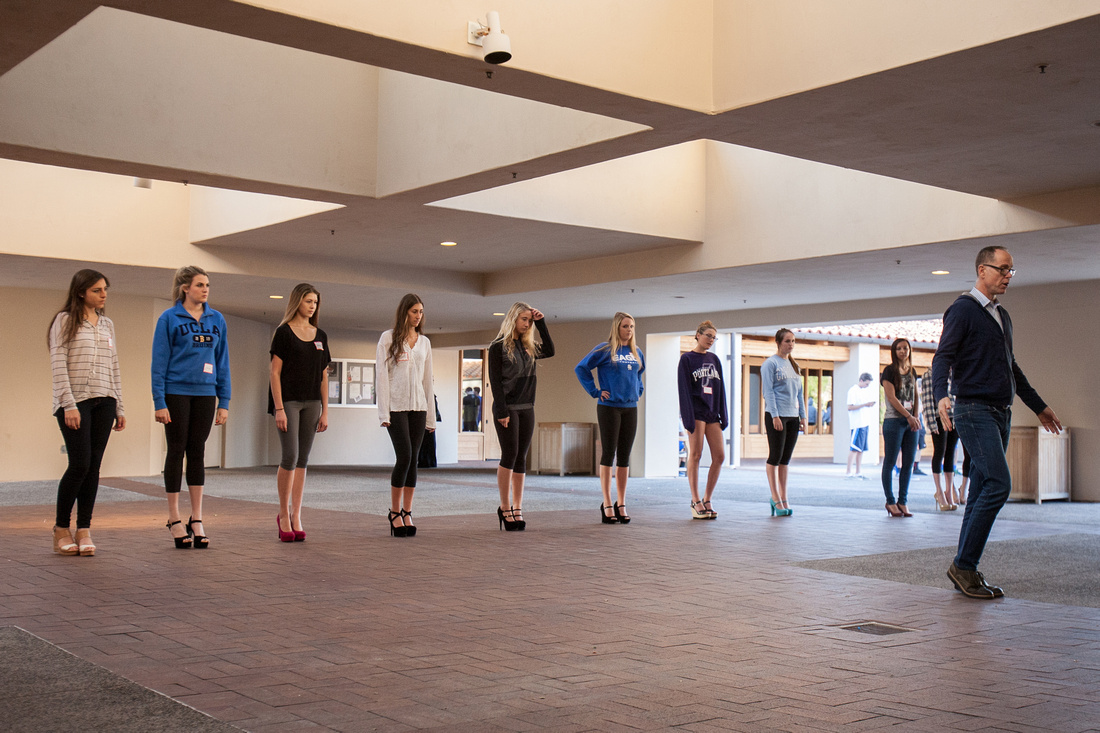 It was easier for some to grasp than for others... 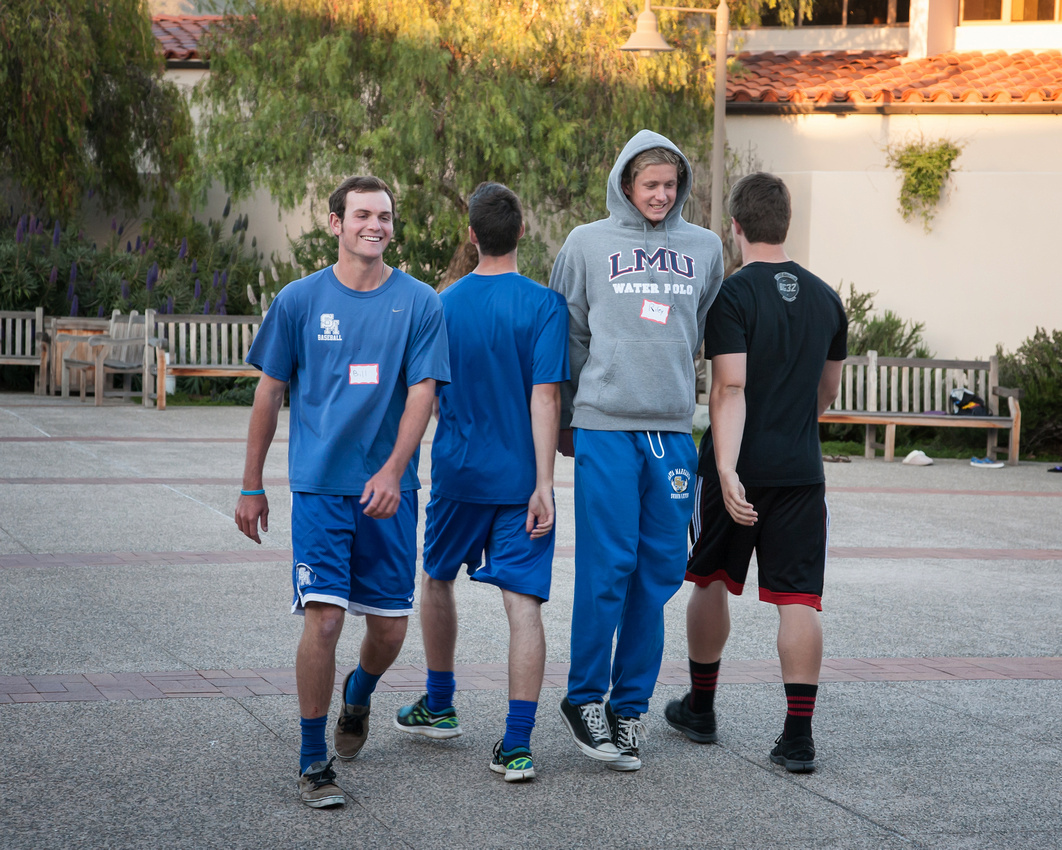 The guys were even talked into learning some choreography, to Justin Timberlake's new release, "Suit and Tie", a perfect piece.  The guys' ability to pick up the choreography....not so perfect. 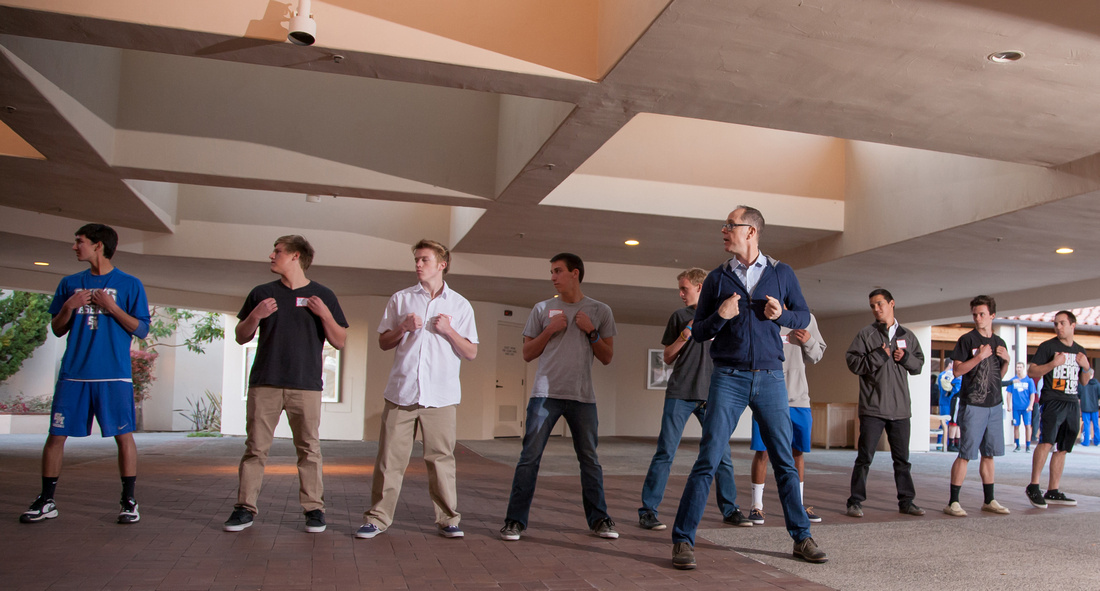 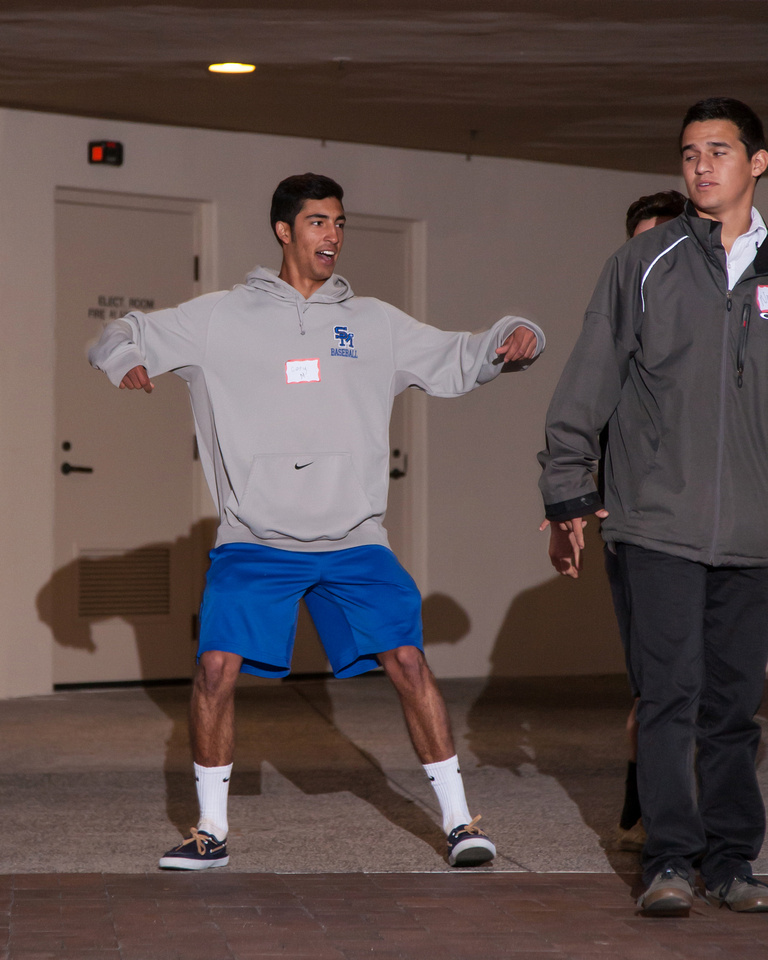 Eventually, things began to shape up. 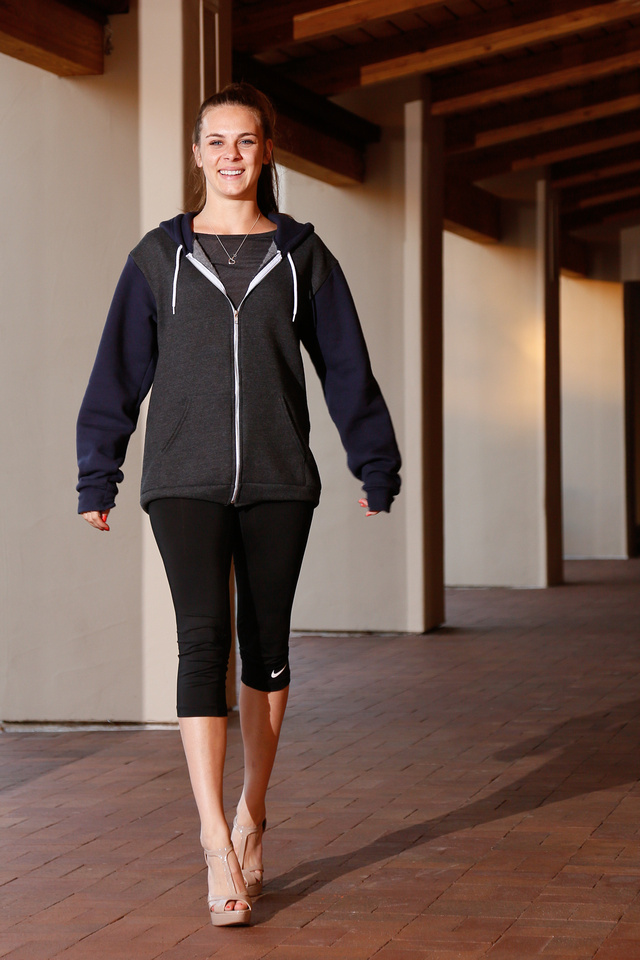 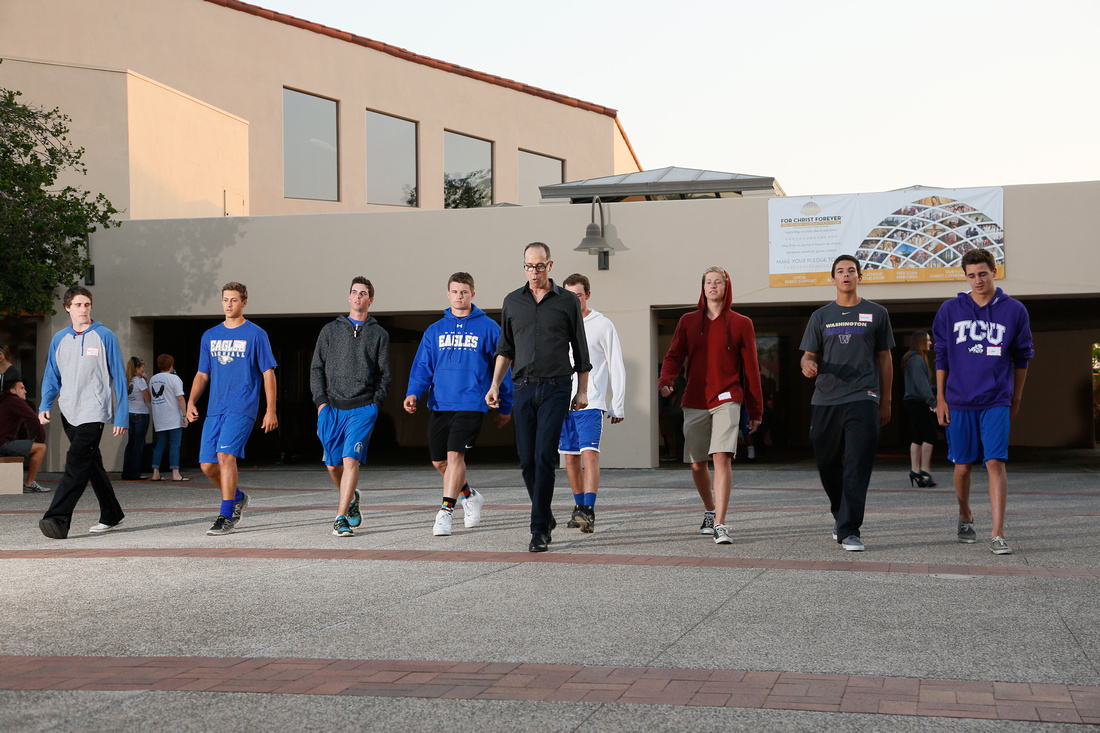 Though there were always a few that just didn't quite get it.  if it was a guy, he was subjected to good natured ridicule from guys who probably just squeeked by themselves.... 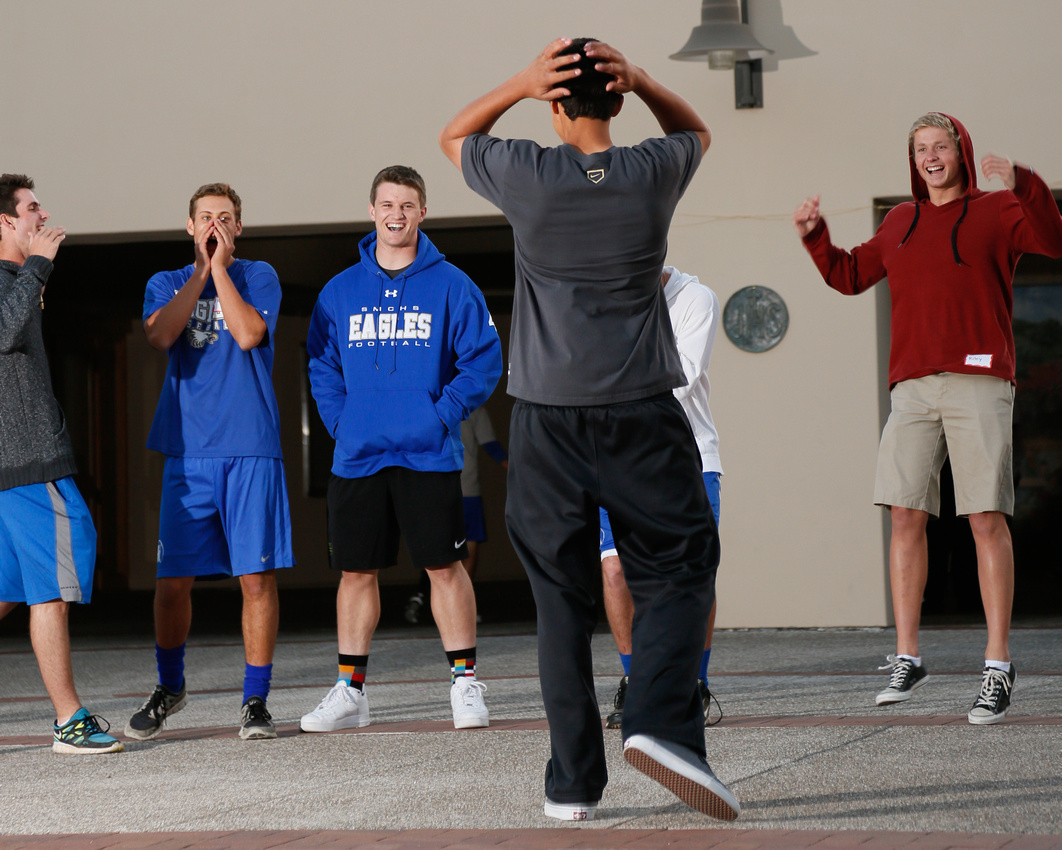 As the show neared, the kids finally got to move into the new Parish Hall for two final rehearsals. 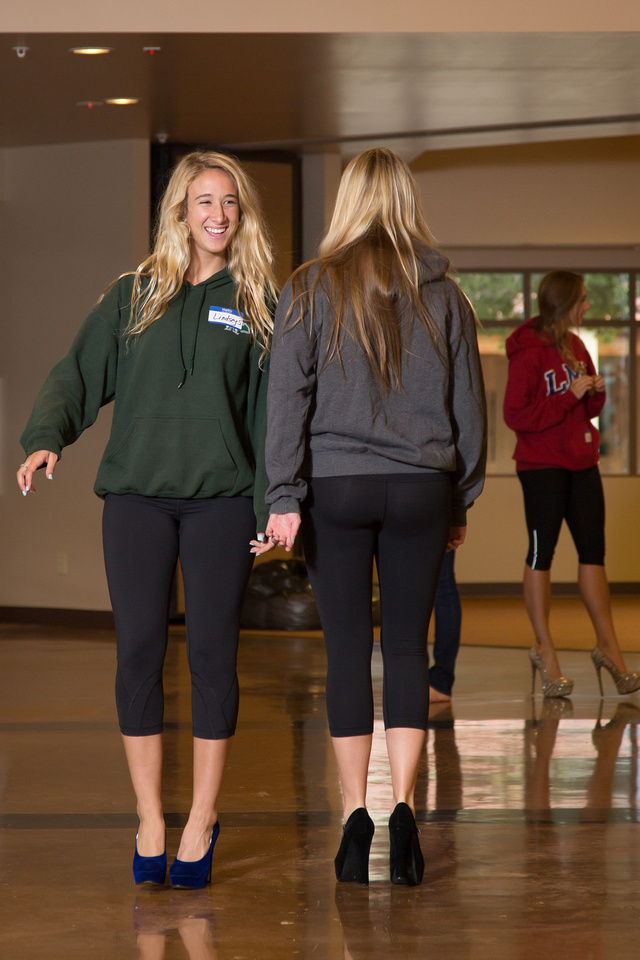 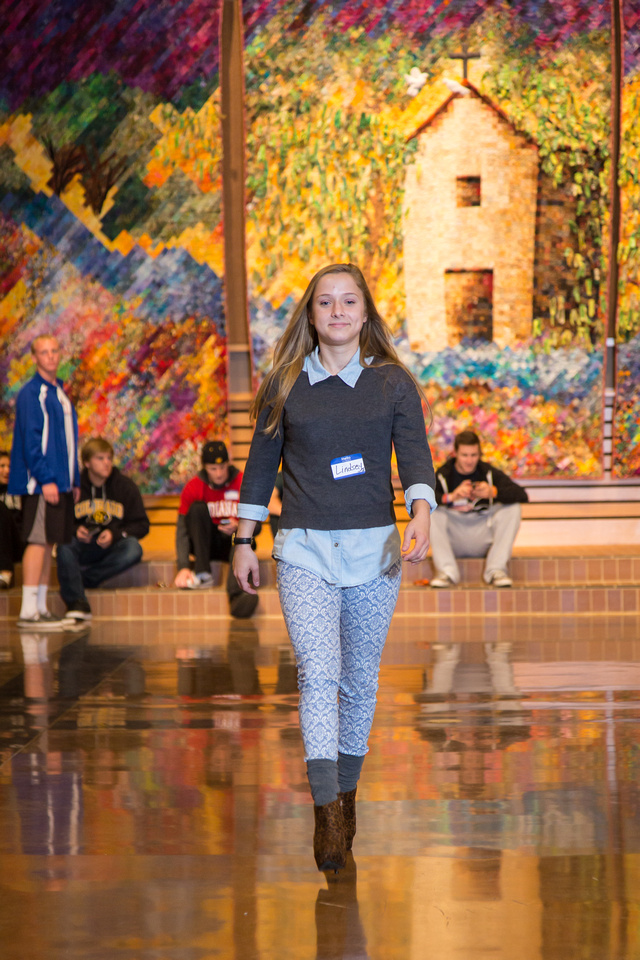 The day before the show, the crews came in and transformed the Parish Hall into a full-fledged fashion show venue, complete with elevated runway and wings to create entry and exit points.  The lighting crew erected a scaffold filled with LED lighting focused on the runway, which would be my shooting position.  The power required for this rig pretty much taxed the load designed into the building, preventing the producers from bringing all the light they were used to.  But things were rapidly coming together, which was a good thing, as the show was just 24 hours away.  You could see the progress that the producers and the kids had made. 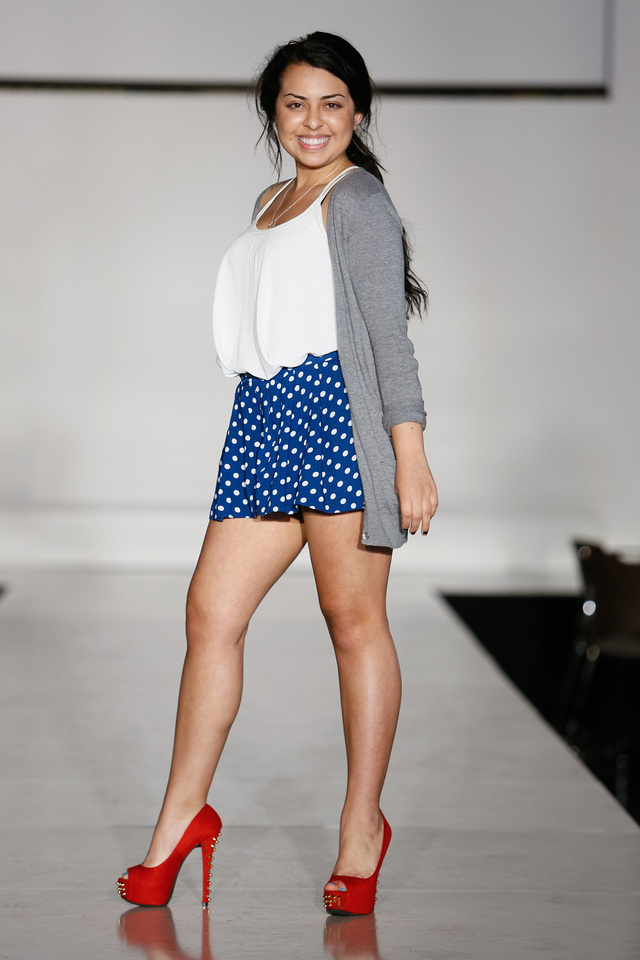 Sunday was show day.  The event began with a boutique and a luncheon.  To give some insight into the behind-the-scenes activities of the day, I like to shoot details of things like the clothing and food prep. 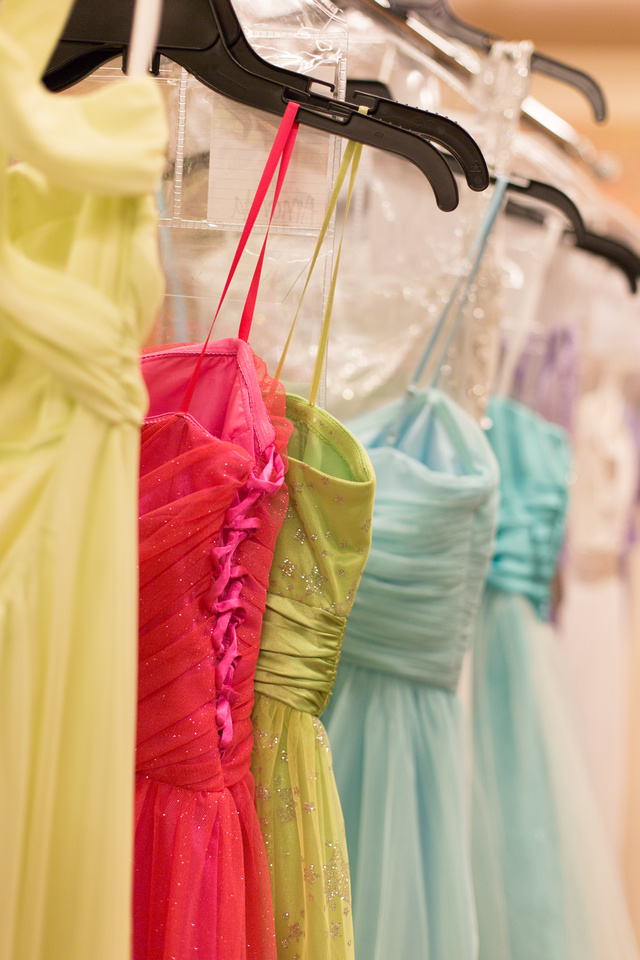 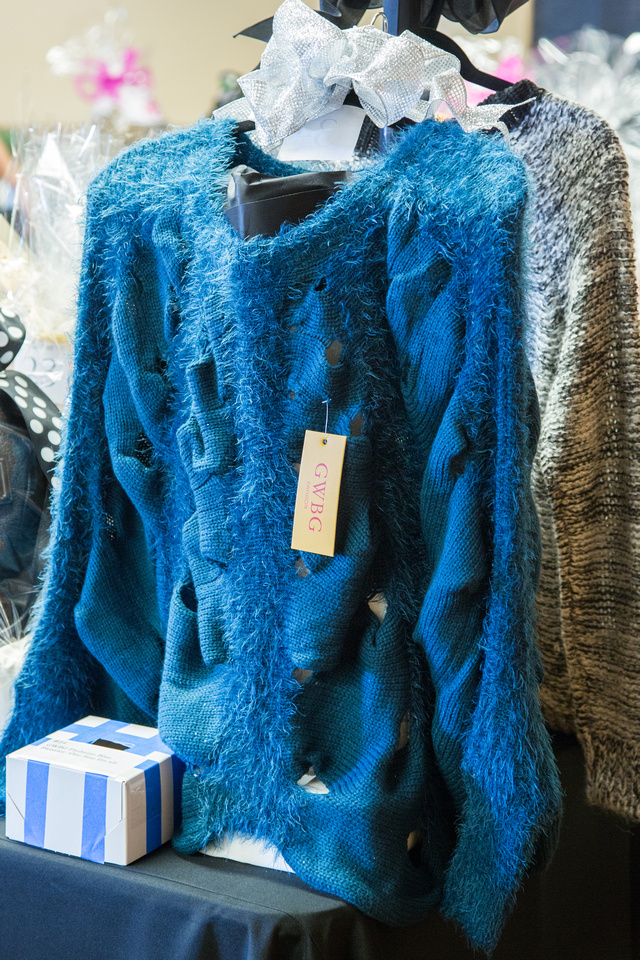 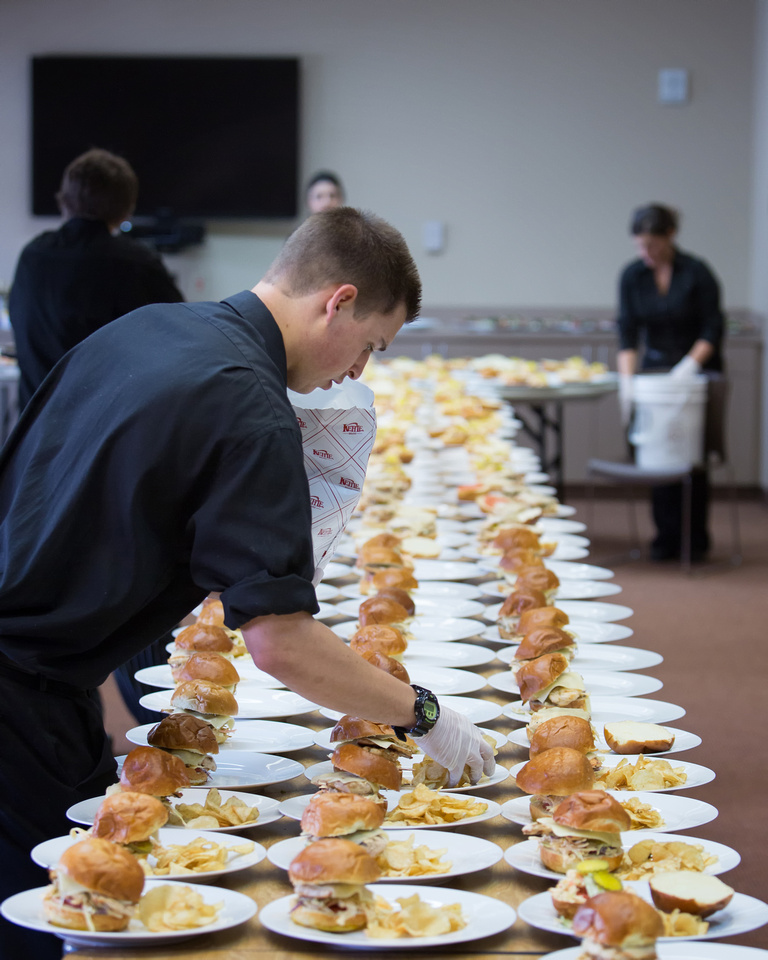 The event was catered by Dave Hanna, owner of Hanna's Prime Steak in Rancho Santa Margarita.  Not only is Hanna's the best restaurant in town, but Dave Hanna has got to be the most active businessman in town when it comes to supporting charitable activities.  Here's Dave pausing during the morning rush to speak with guests. 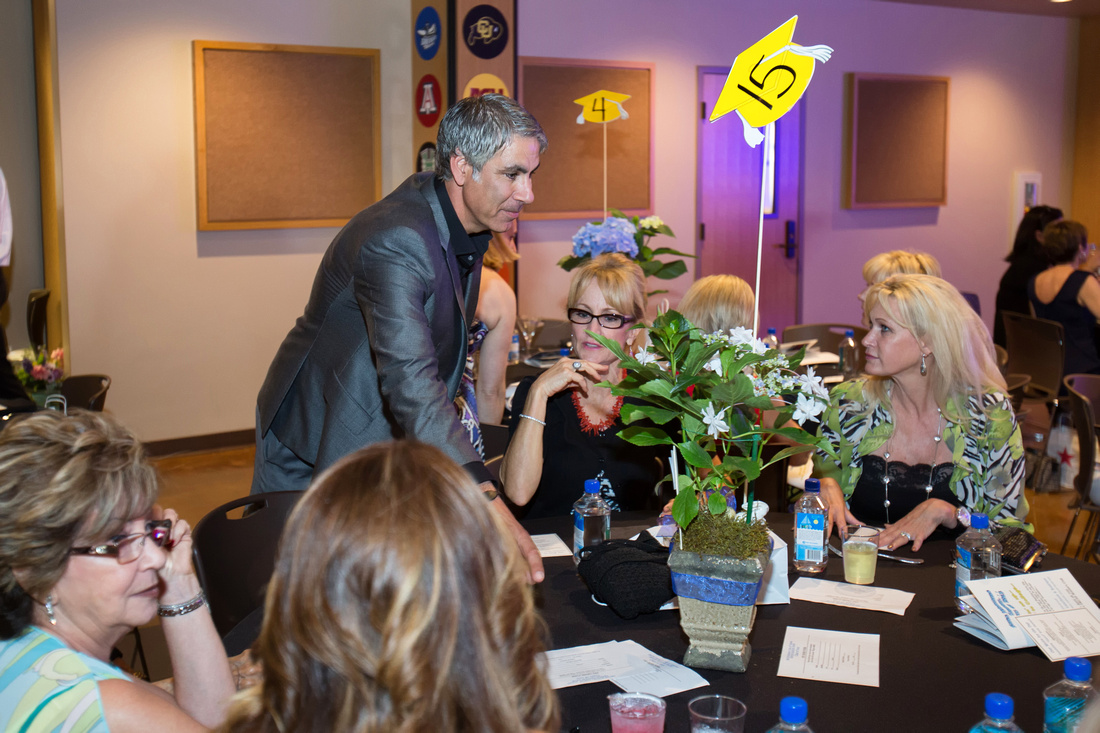 After lunch, the show began.  It was at this point that I realized that the big white void above the back of the runway was actually a video screen, showing the logos of the merchants who provided the models' clothing.  Unfortunate for me, because I had dialed in a shutter speed of 1/125 or 1/160 of a second to freeze the models as they walked down the runway.  That shutter speed was way faster than the video image cycling.  The result was unacceptable color banding across the video screen.  I would eventually have to desaturate the video screen in Photoshop, rendering it essentially in black and white.  Occasionally, I was able to save some color.  But the focus was on the models, who now walked the runway with confidence and poise.  The audience was blown away.  From my vantage point, so was I.  It was great to have a bunch of dads around me, marveling at their sons doing something they'd never imagined they'd ever do. 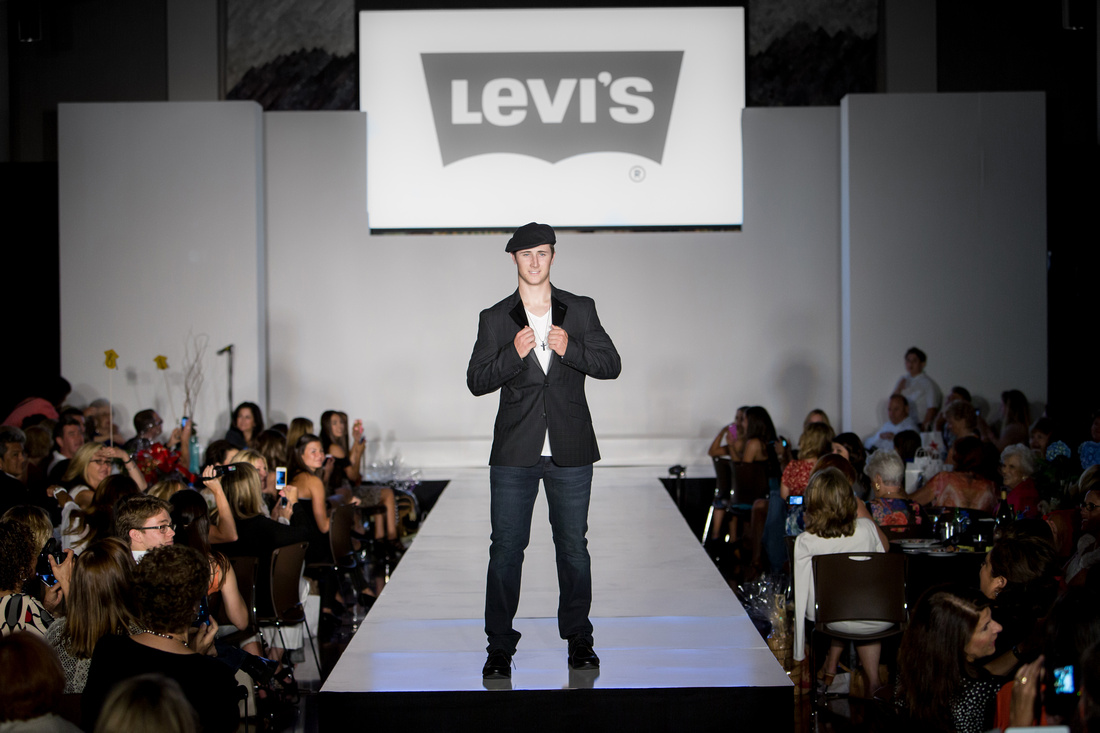 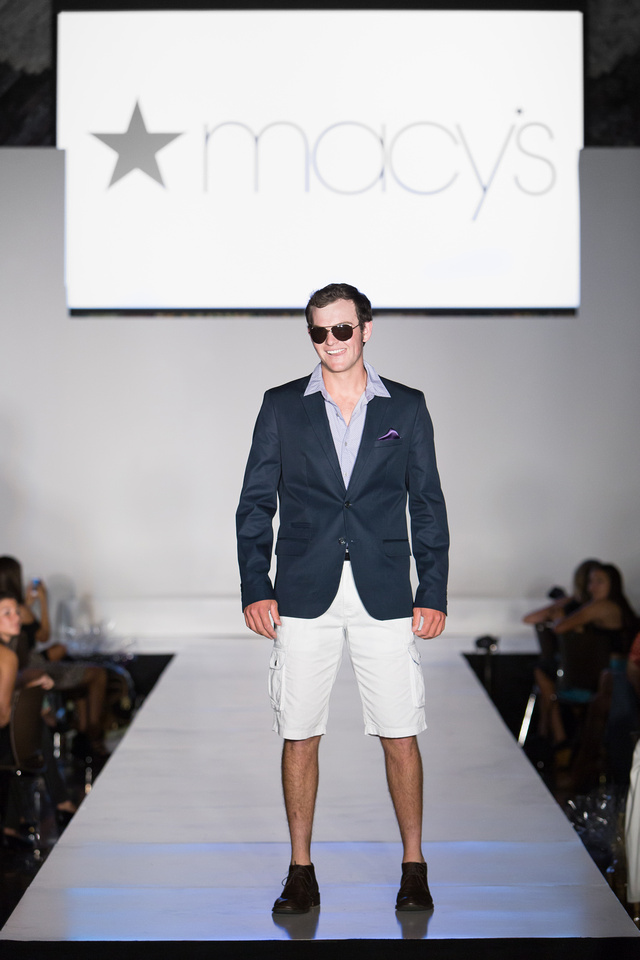 The girls rocked it! 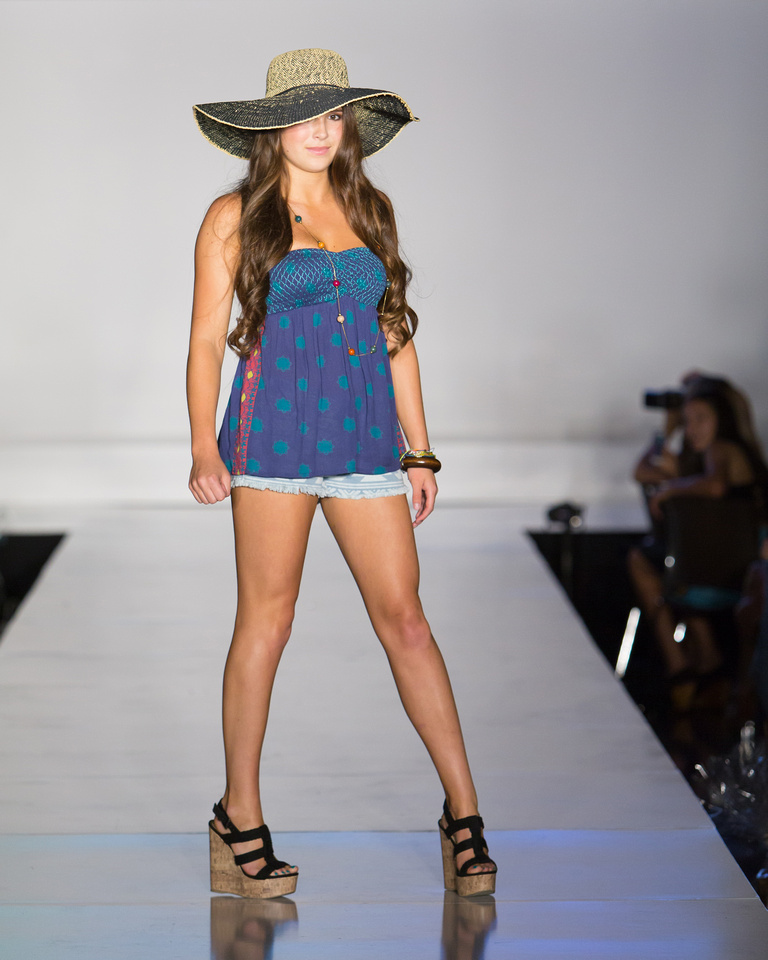 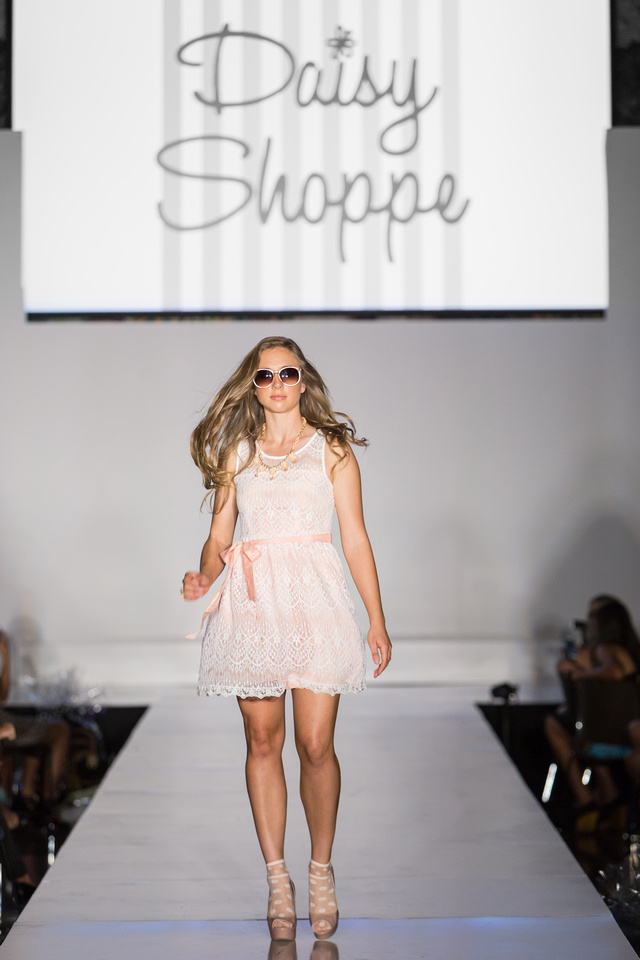 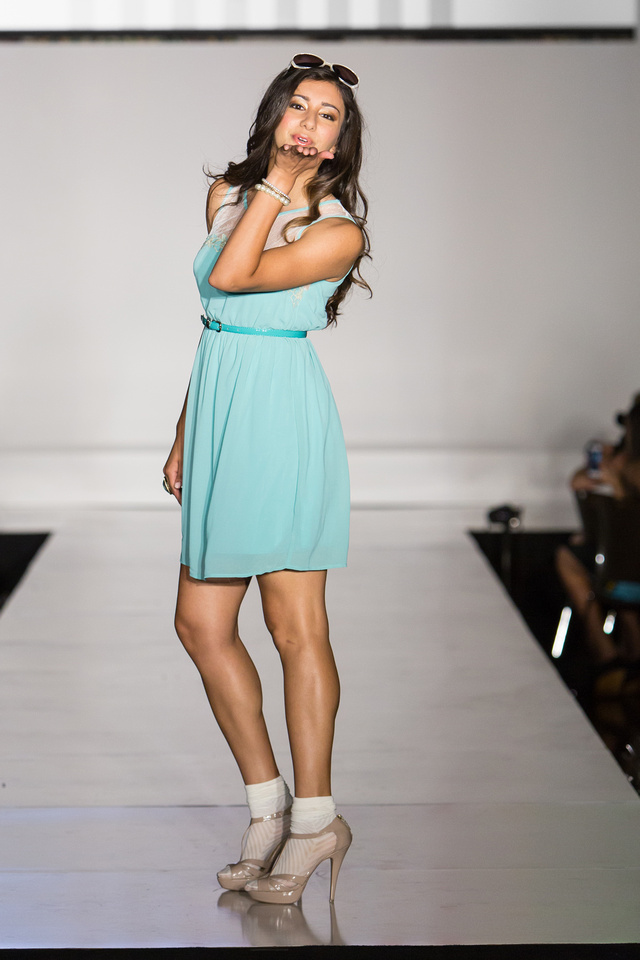 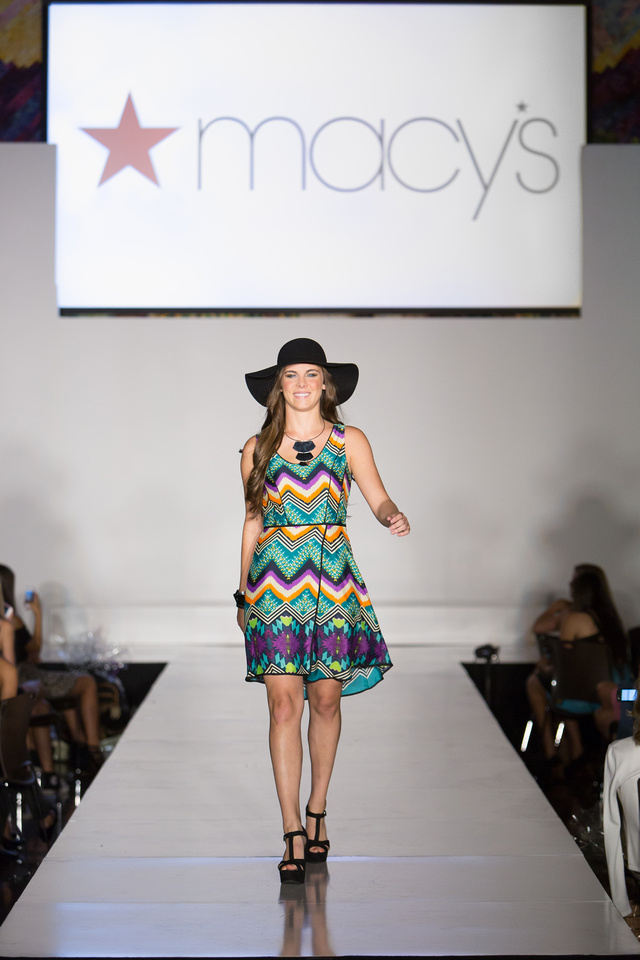 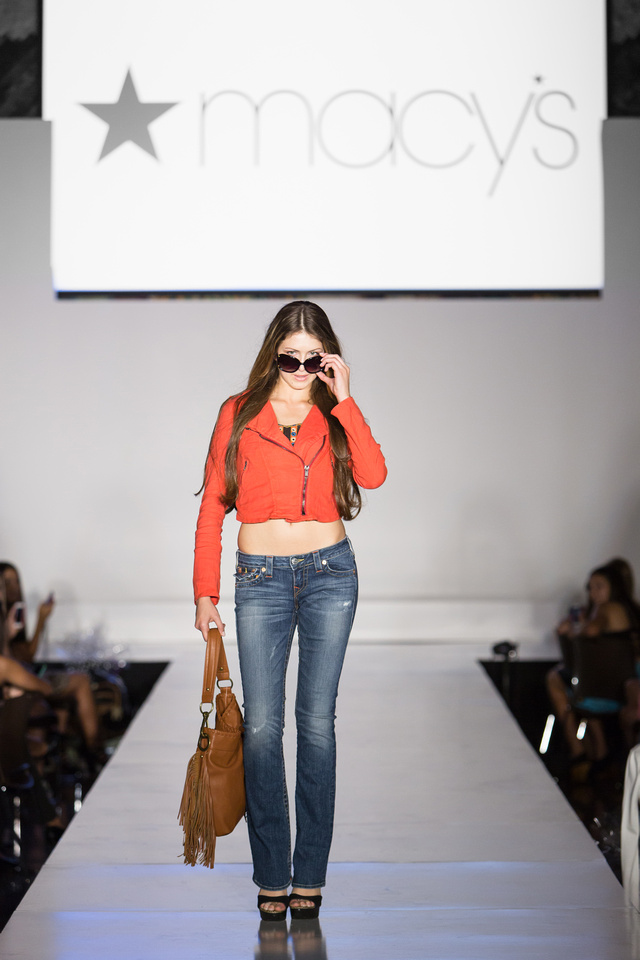 Even the guys' choreography looked sharp. 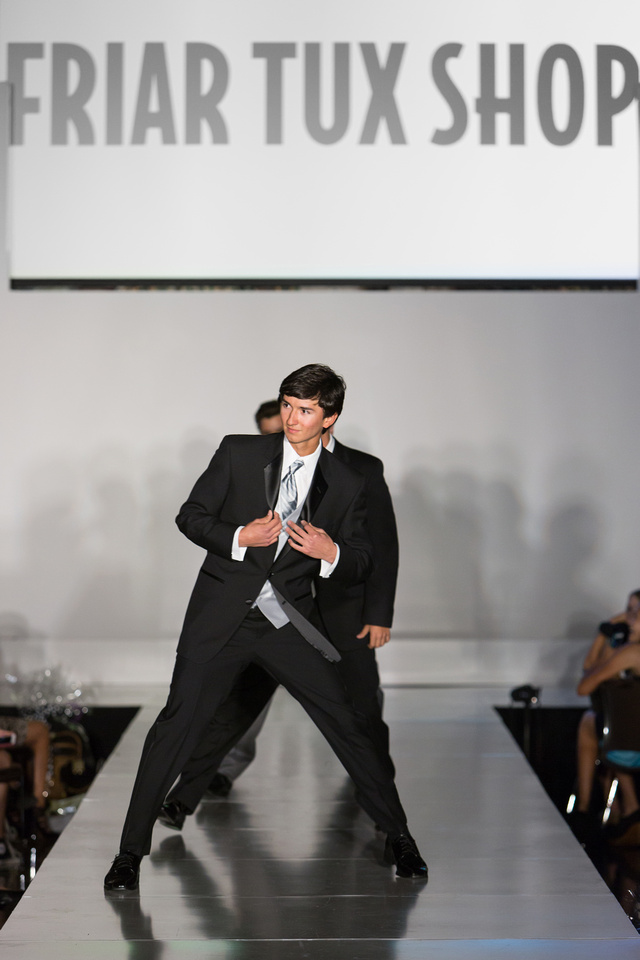 The merchants' part of the show concluded with some formal wear. 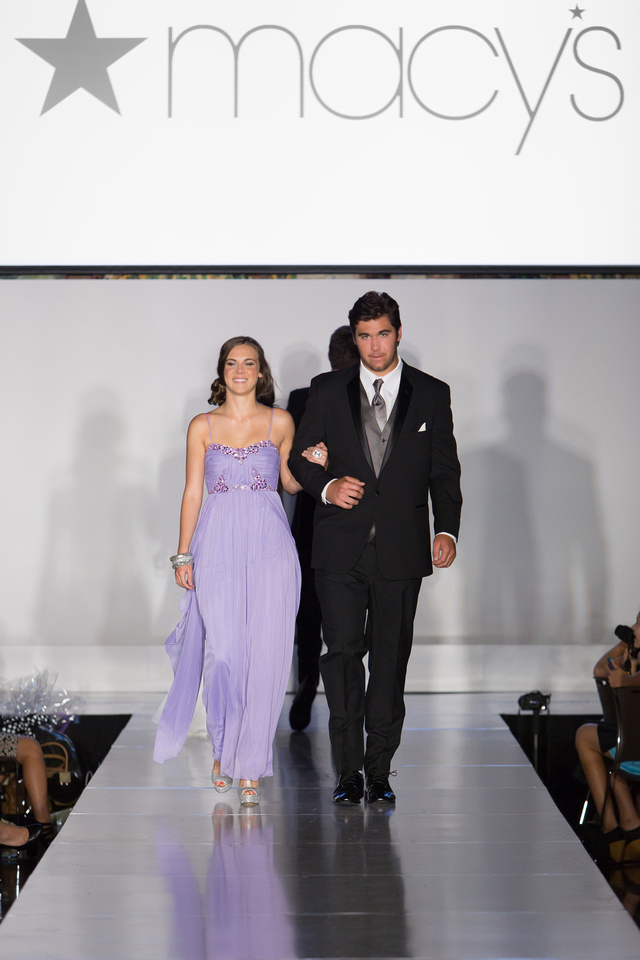 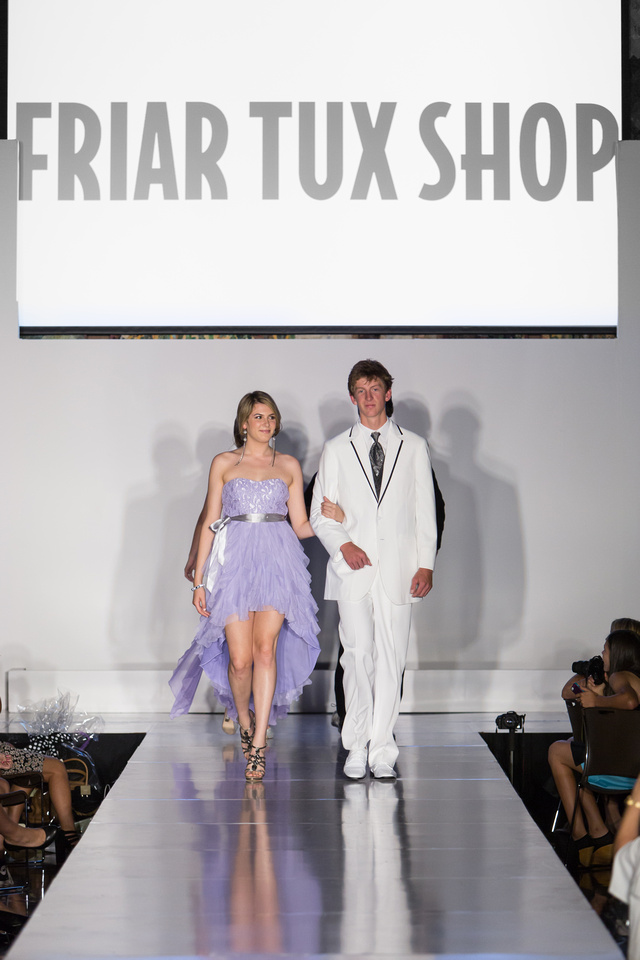 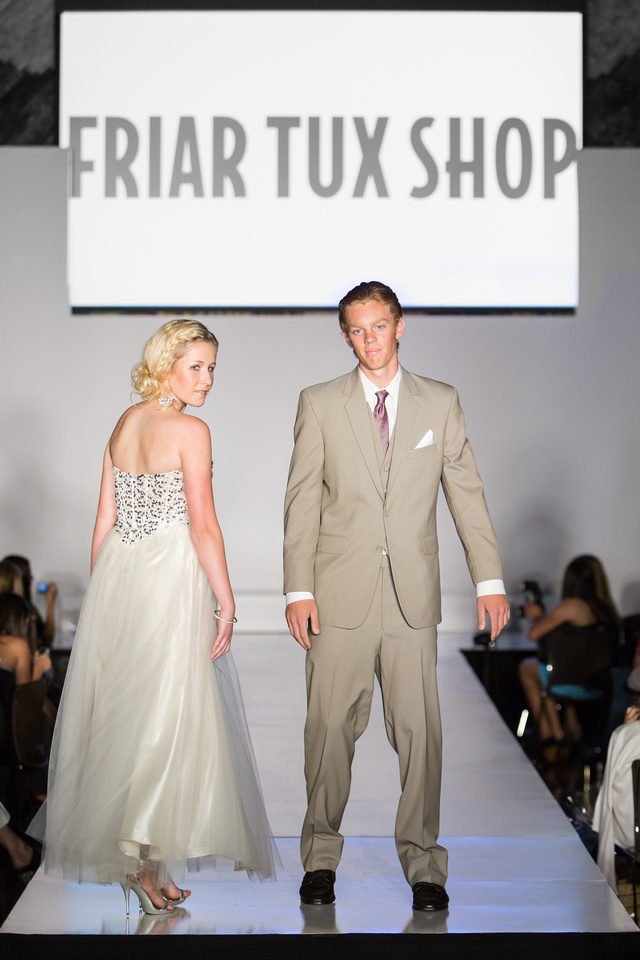 Finally, a parade of graduating seniors in their soon-to-be college sweatshirts. 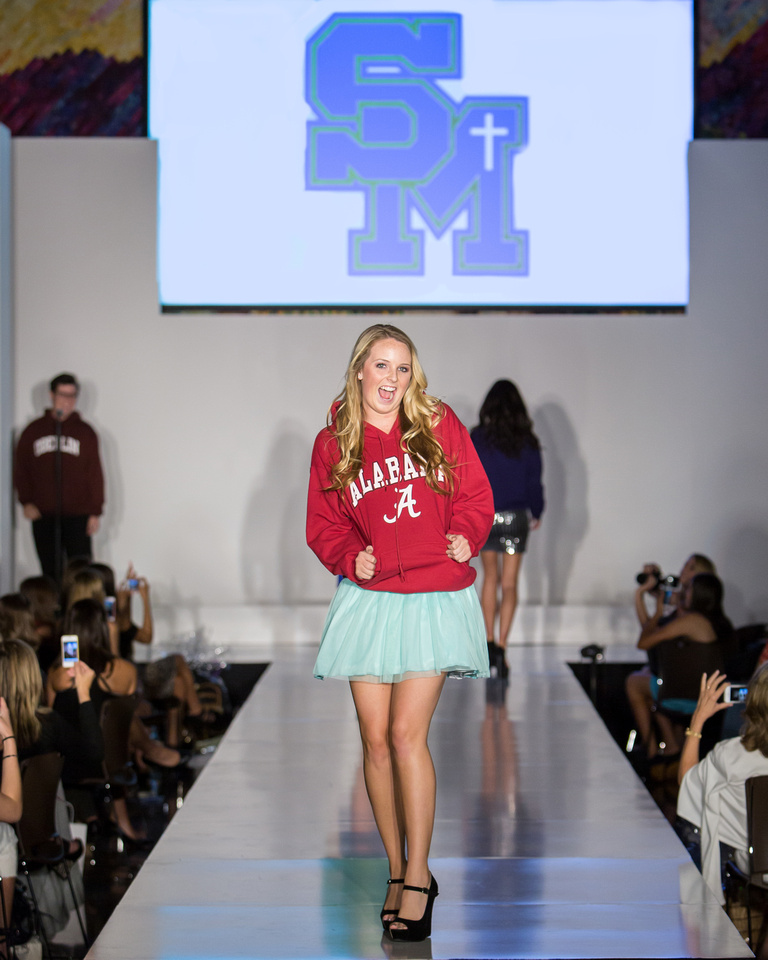 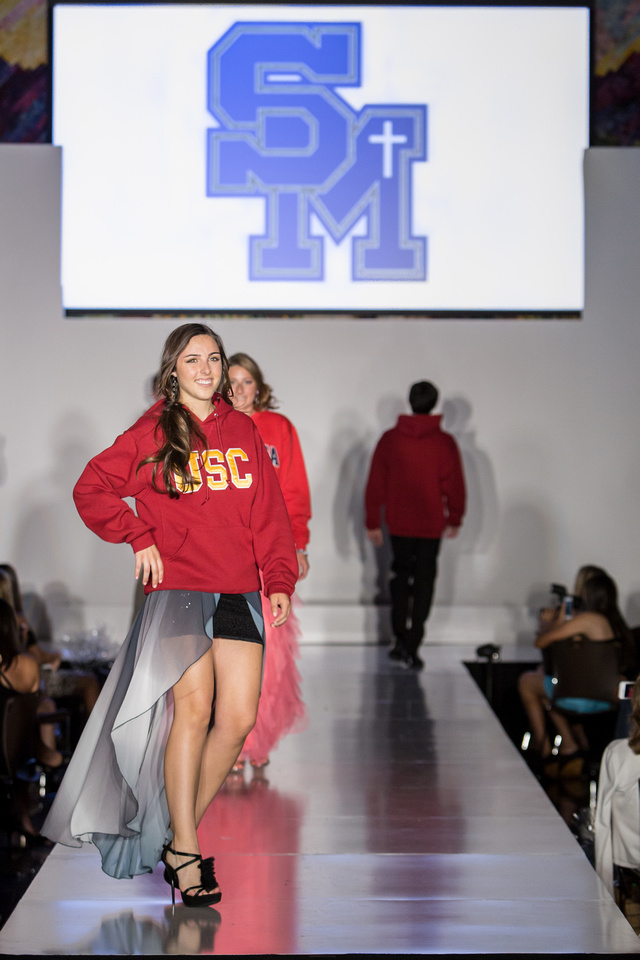 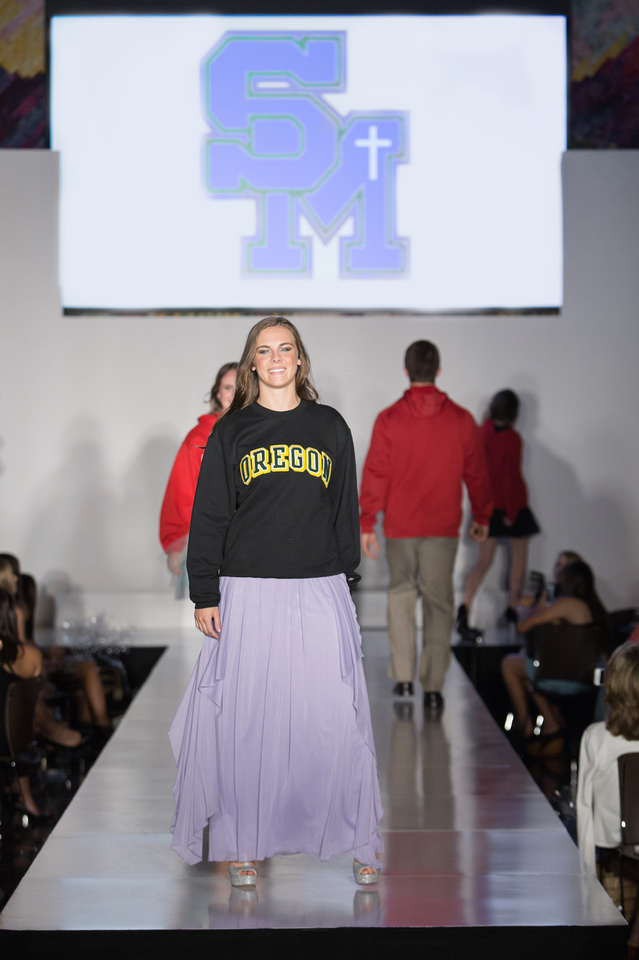 All in all, it was a great day for everyone. 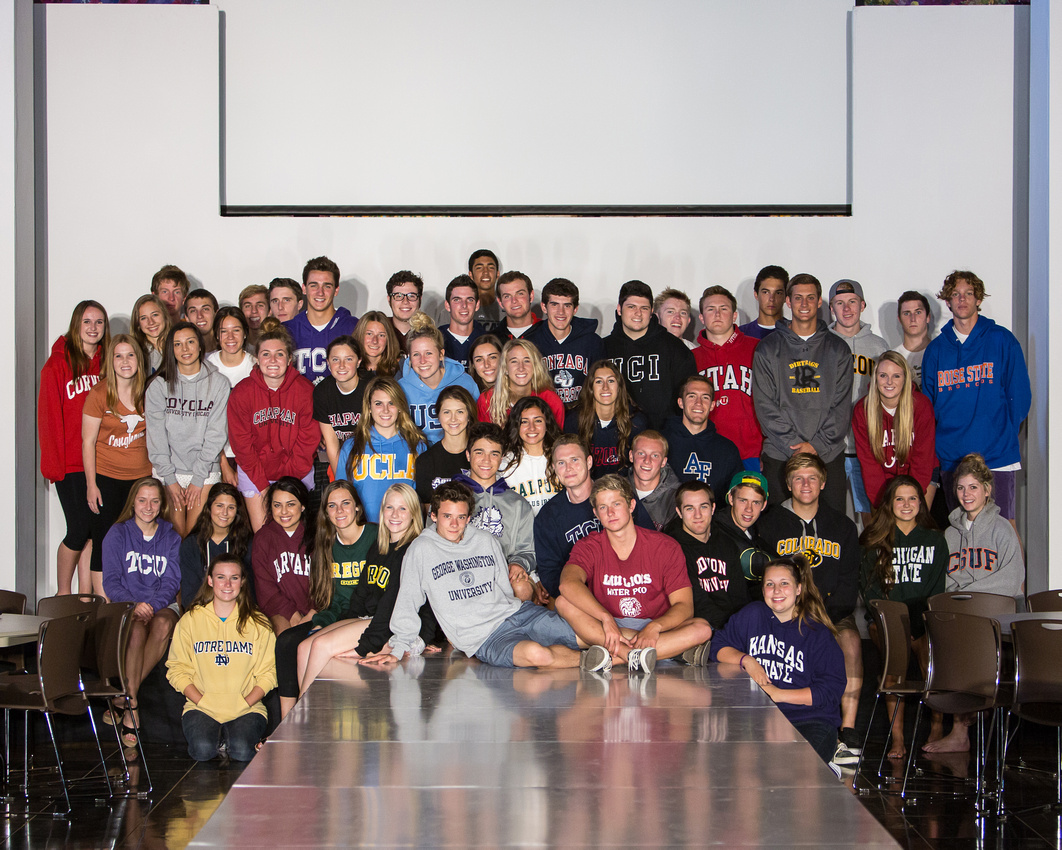