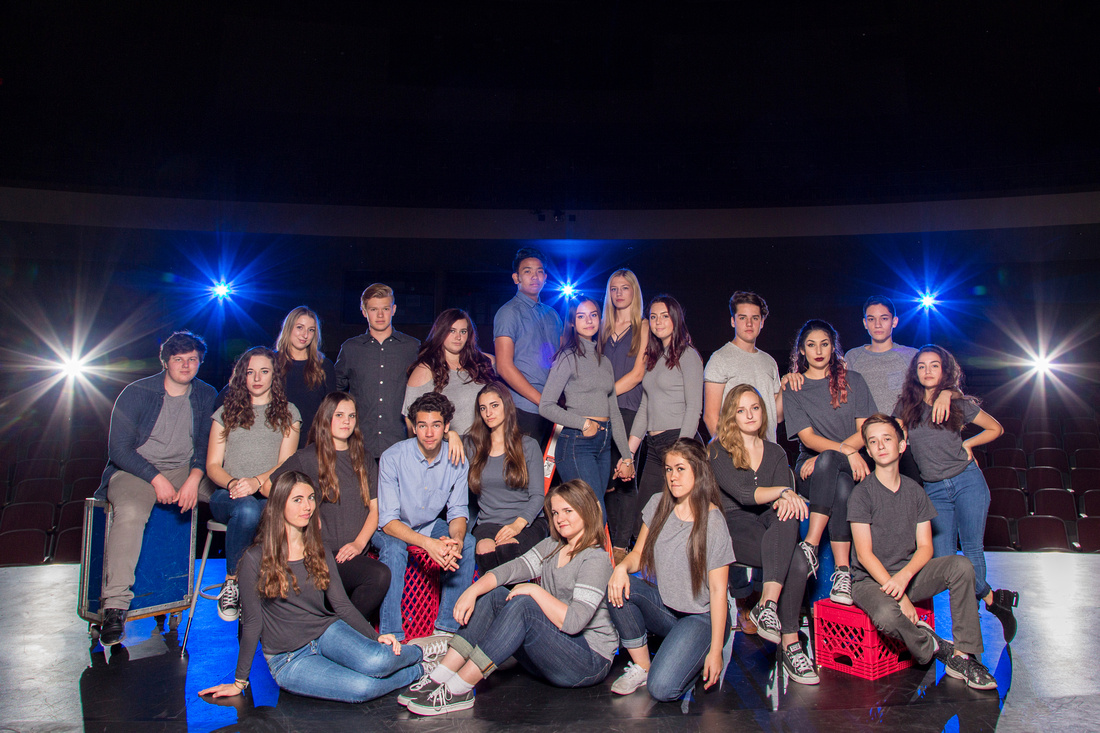 One of the most fun and rewarding things I get to do each year is to work with the most advanced theatre class at San Juan Hills High School, under the direction of Cambria Beilstein.  The Actors' Repertory group is an amazing group of young men and women, dedicated to their craft, and challenged by Ms. Beilstein to stretch and grow as actors.  I began to work with Ms. B three years ago, and one of the things I suggested to her at that time was to create a class photo.  The first photo was a simple group shot in the audience of the school's theatre, photographed from the stage.  That experience led us to create a series of annual class photos, each one a different concept.  Last year, we posed the group in the wings of the theatre, similarly to the above shot, with the line set lit by ambient work lights as a backdrop.

As we contemplated the idea for this year's class photo, I happened upon a photo made by one of my photography inspirations, Joe McNally, earlier this year. It was a project designed to showcase the experience of a young professional dancer as she began her career in New York.  The particular photograph that spoke to me, in the context of our own project, showed the dancer on stage in profile in a Bob Fosse-inspired pose, with one foot resting on a chair, a fedora perched on her head.  If you know anything about Fosse, you can envision the pose.  The camera position is upstage, pointed to the audience.  Joe has placed seven speed lights in the audience, with some gelled blue, creating the idea of stage lighting, but using only small flashes.  The dancer is lit with two speed lights placed off-stage, giving her rim lighting only.

I saw this photo and immediately saw the potential to replicate the approach, but with the Actors' Repertory class, a group of 21.  Obviously, two speed lights placed off-stage would not work to light this group, but my previous year's strategy would certainly work.  That strategy included just one overhead Elinchrom ELB 400 mounted in a large Rotalux strip box, with two reflective panels on the floor to provide bounce fill.  My only concern was that this relatively large light source, covering a group this large, might wash out the reflections from the audience-based speed lights.  A conversation with Joe's assistant Michael Cali confirmed that it would "probably" work.  So two weeks prior to the shoot, I set it up, without the group, and verified that it would, in fact, work as conceived.  When we ultimately assembled the group, it turned out that only five of the seven speed lights would be visible from the camera position; the other two are behind the group, providing rim lighting.  Altogether, the shot required about two hours to complete, from building the seven speed light assemblies (light stands, speed lights fitted with Rogue Flash Grids, fired with Pocket Wizard radios), and the Elinchrom gear, followed by organizing the group.  When the group was assembled, we needed to tweak the placement of the speed lights to ensure that they would be seen, given the structure of the group as posed.

I'm really happy with the result.  The final deliverable is a poster layout featuring this photo, with some text below.  To accommodate the text in the format we've chosen, I cropped off the upper section of the photo you see above, which is the empty balcony.  The photo you see above is straight from the camera.

The group photo was made on Friday of a very busy week of shooting at San Juan Hills.  On Wednesday, I finally was able to do a project I've long wanted to do, to create a series of full-body portraits of these actors on a muslin backdrop, augmented with some furniture pieces or not, as the actors desired.  This project was inspired by an annual series of actors' portraits by David Cooper, with whom I've had three opportunities to photograph dancers in his Vancouver studio.  David has photographed actors at the annual Shaw Festival in Ontario, Canada, since 1980.  Because the Shaw Festival presents several different productions, these photos are not specifically character-based.  Instead, the actors are dressed however they wish, portrayed however they wish, but definitely showing the actor's personality and character.  They are printed large and placed in the lobby of the venues, and used in the programs.  For my photos, I used a simple muslin backdrop and lit the actors with two ELB 400's, one fitted with a 53" Rotalux Octa as a key light; the other fitted with a 41" Varistor diffused umbrella as a fill.  We had four different furniture pieces on set to choose from if desired (they really liked the overstuffed chair), and let the kids do pretty much what they wanted.  I frankly didn't care what concept they wanted to bring, as long as THEY cared. I'm presenting these photos to them in both color and black and white versions.  The black and white conversions were made with Nik Silver Efex Pro.  Presented below are some samples. 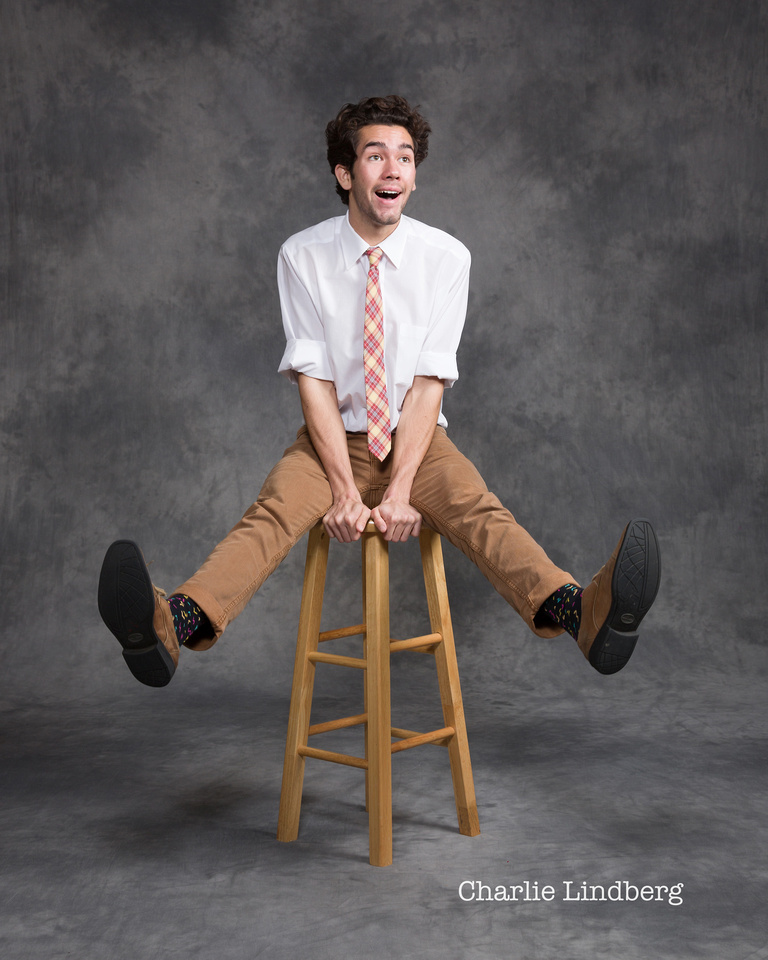 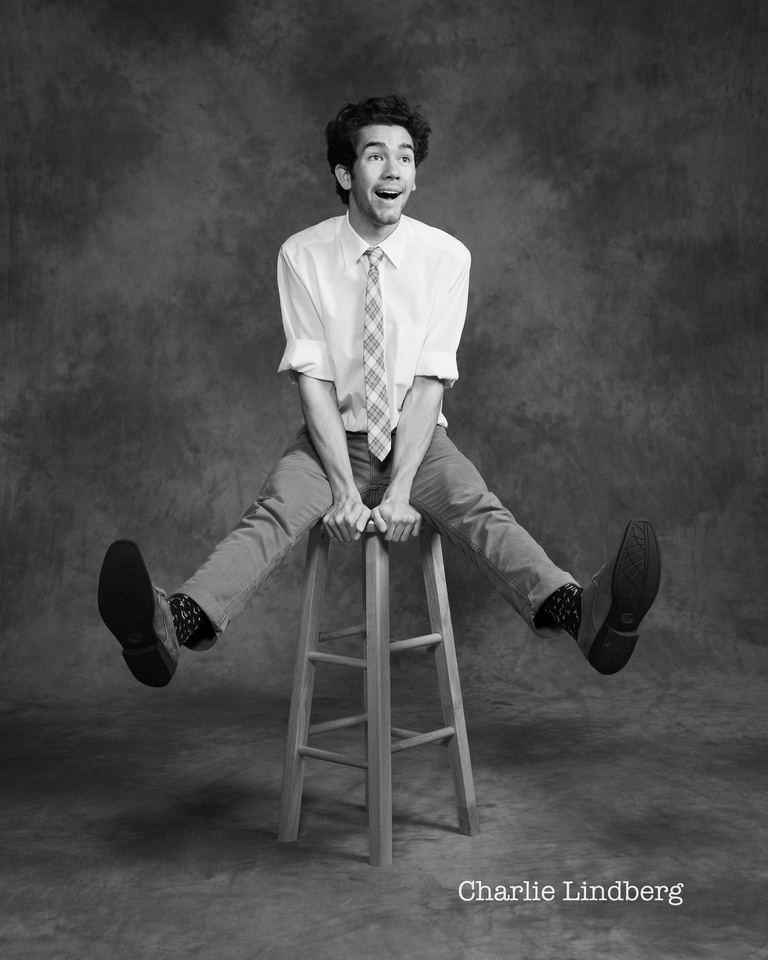 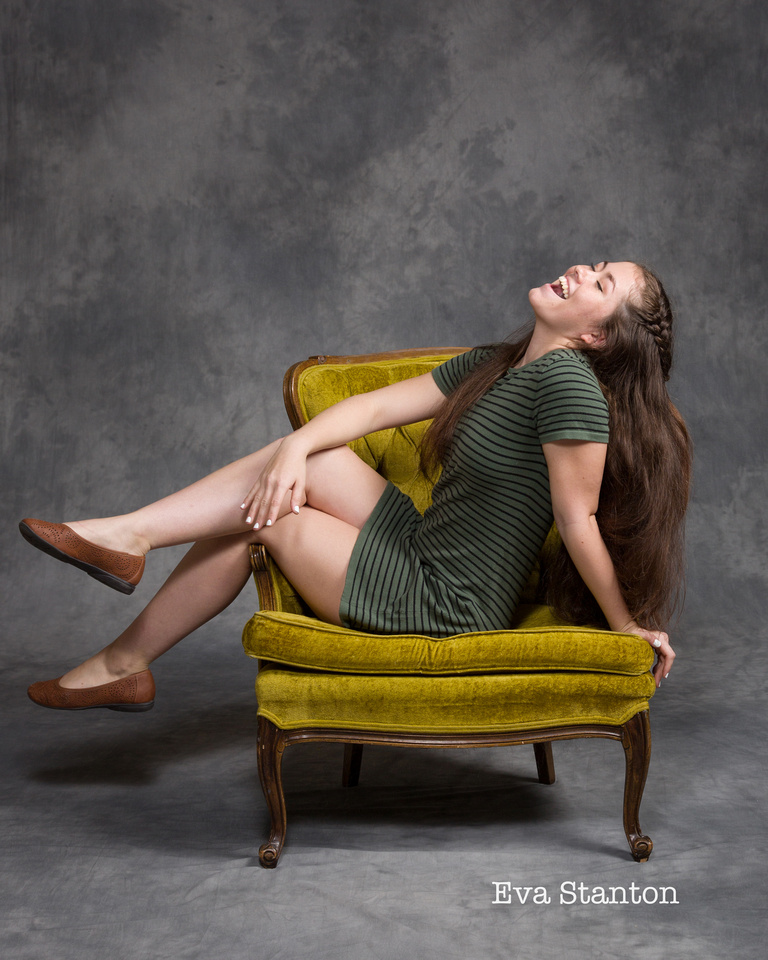 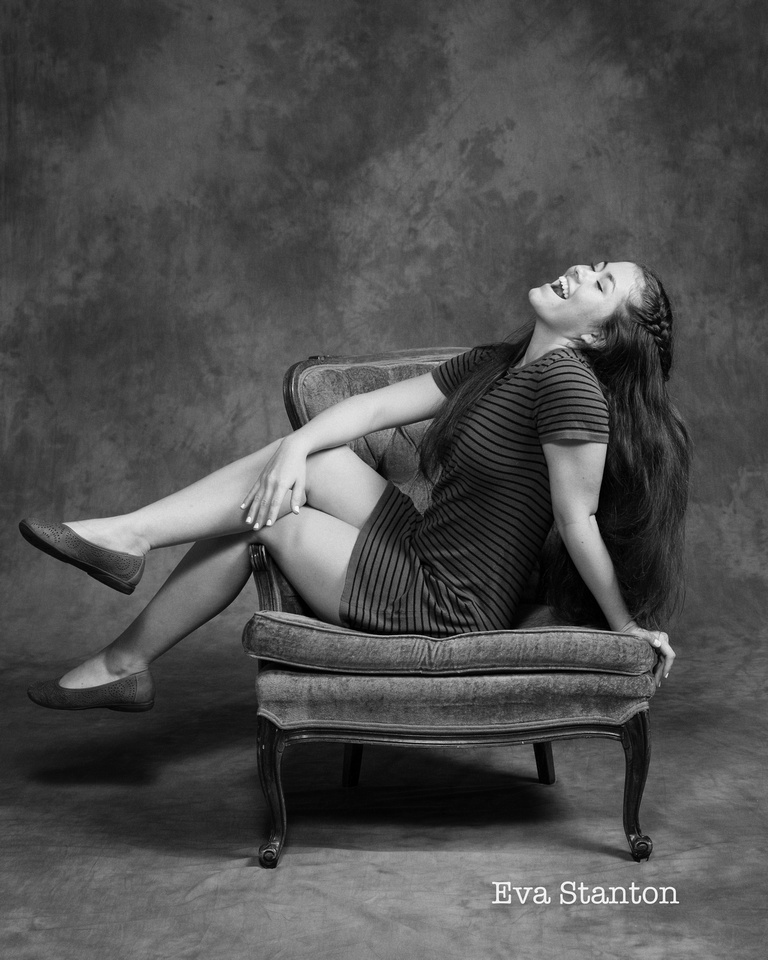 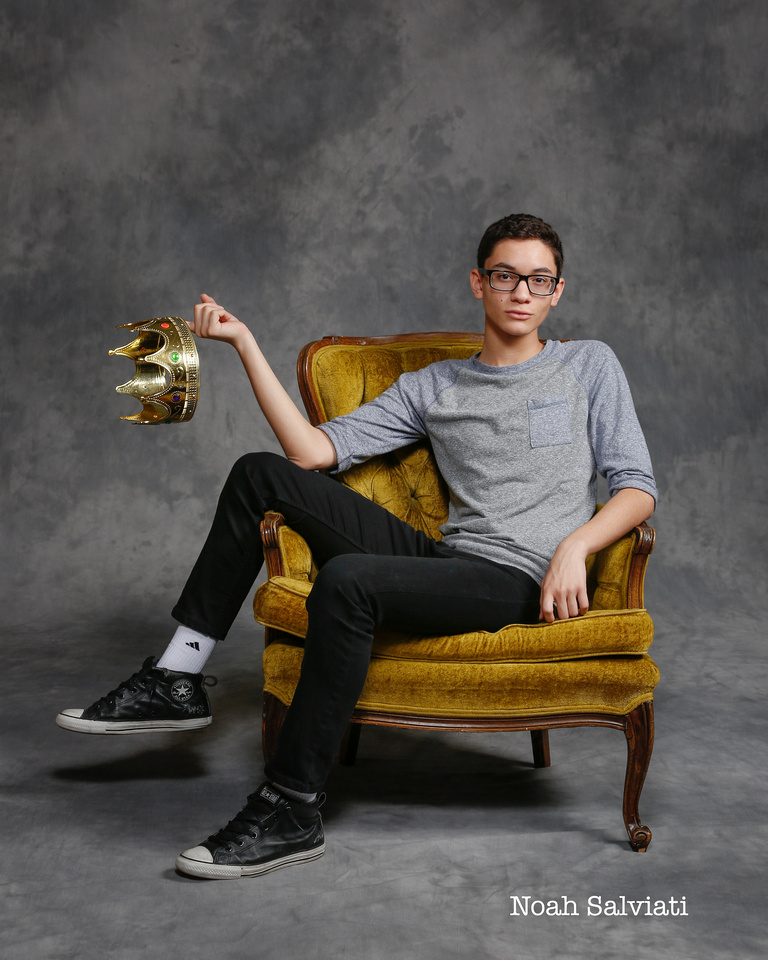 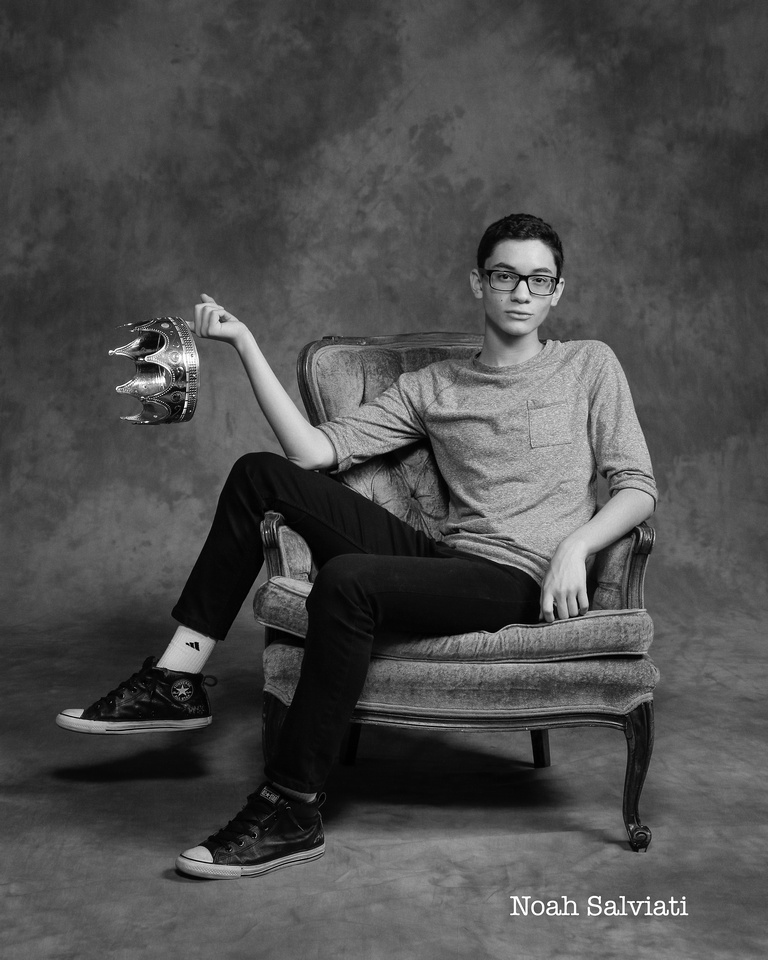 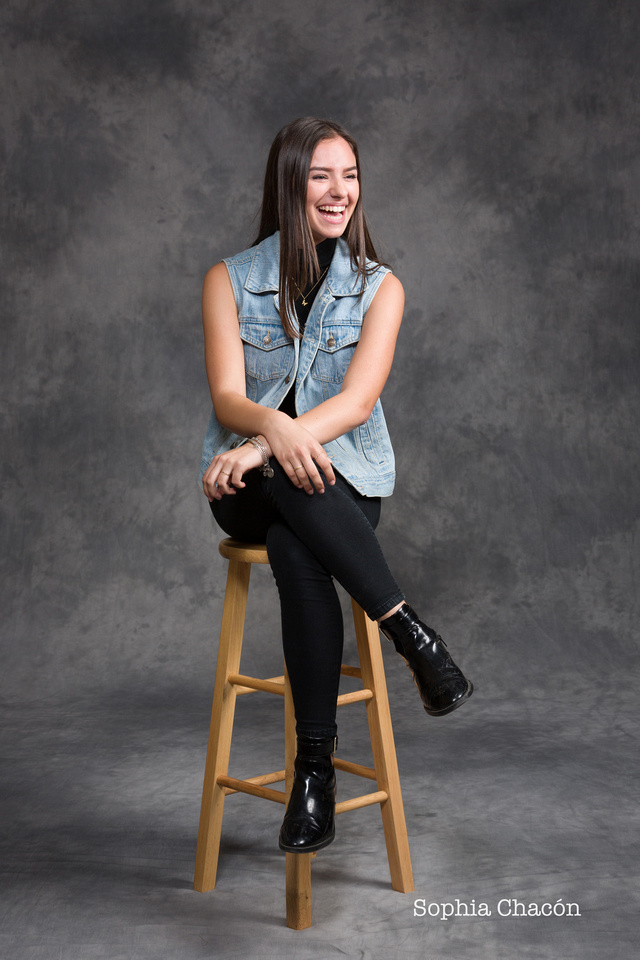 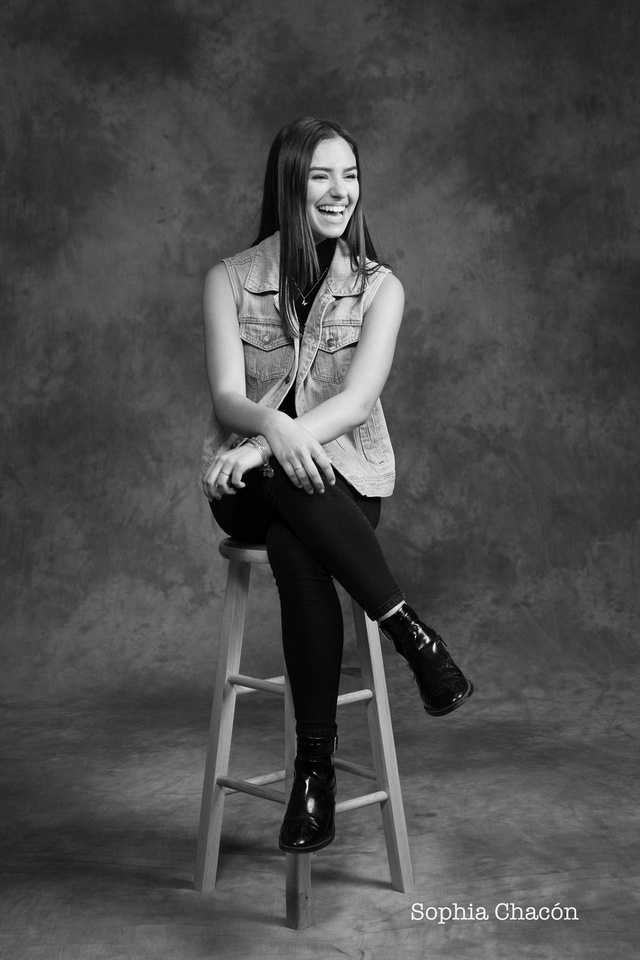 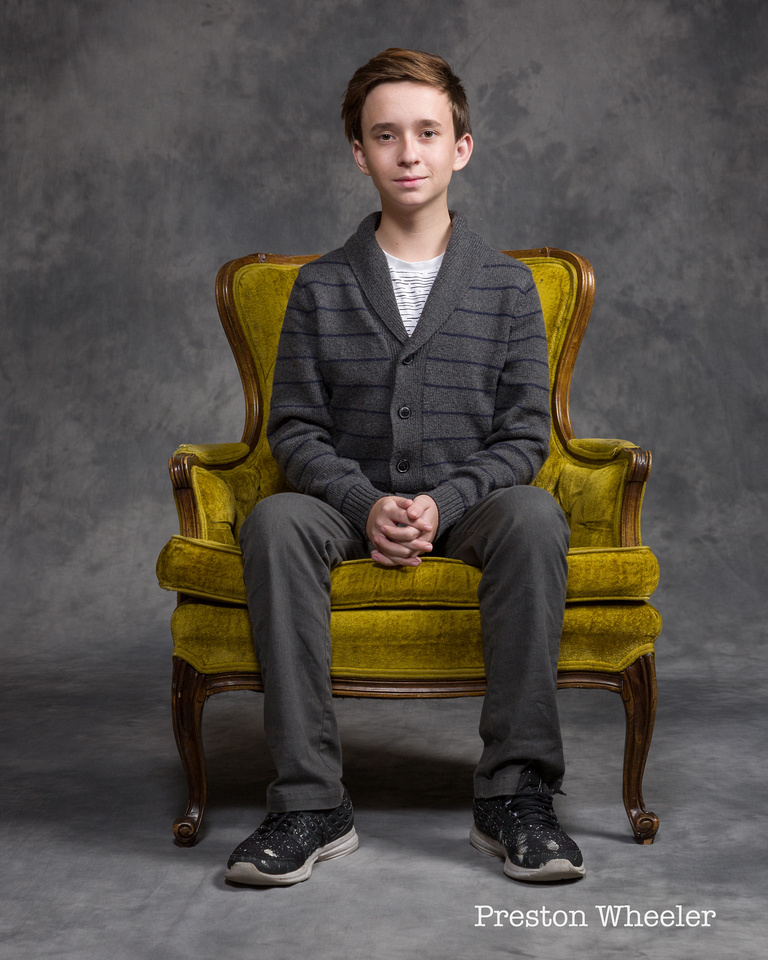 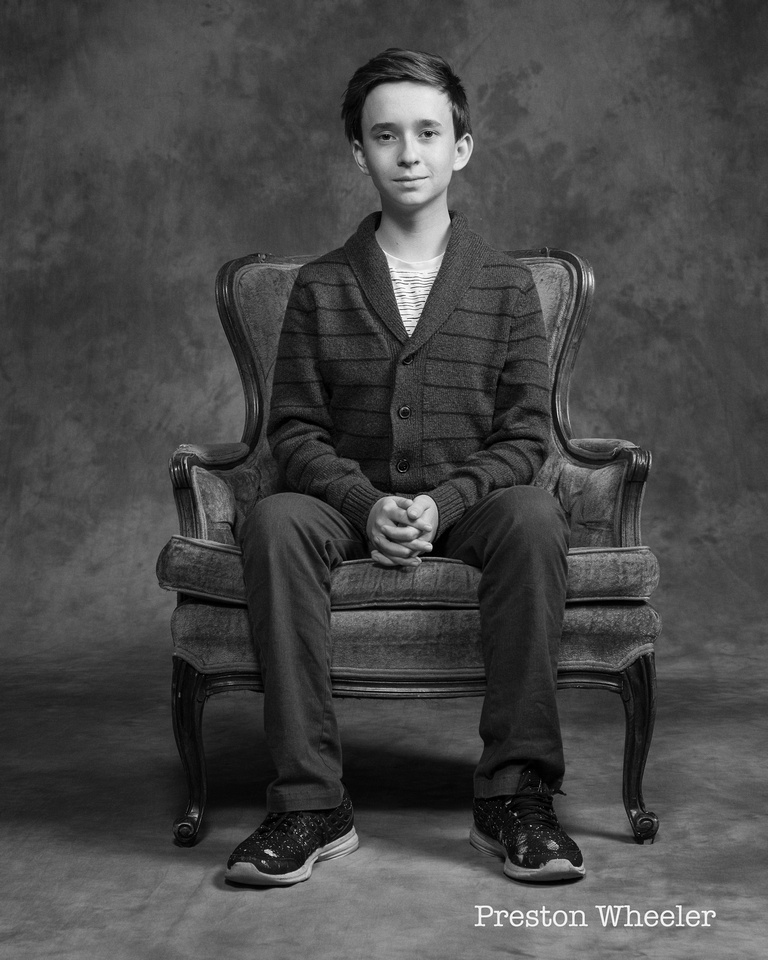 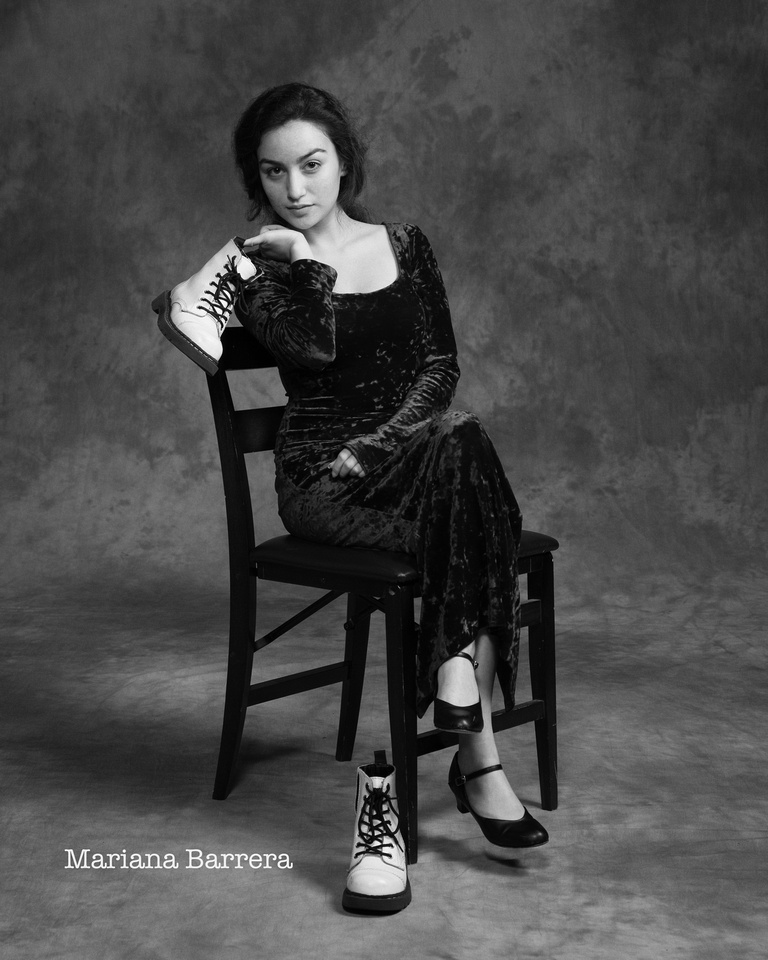 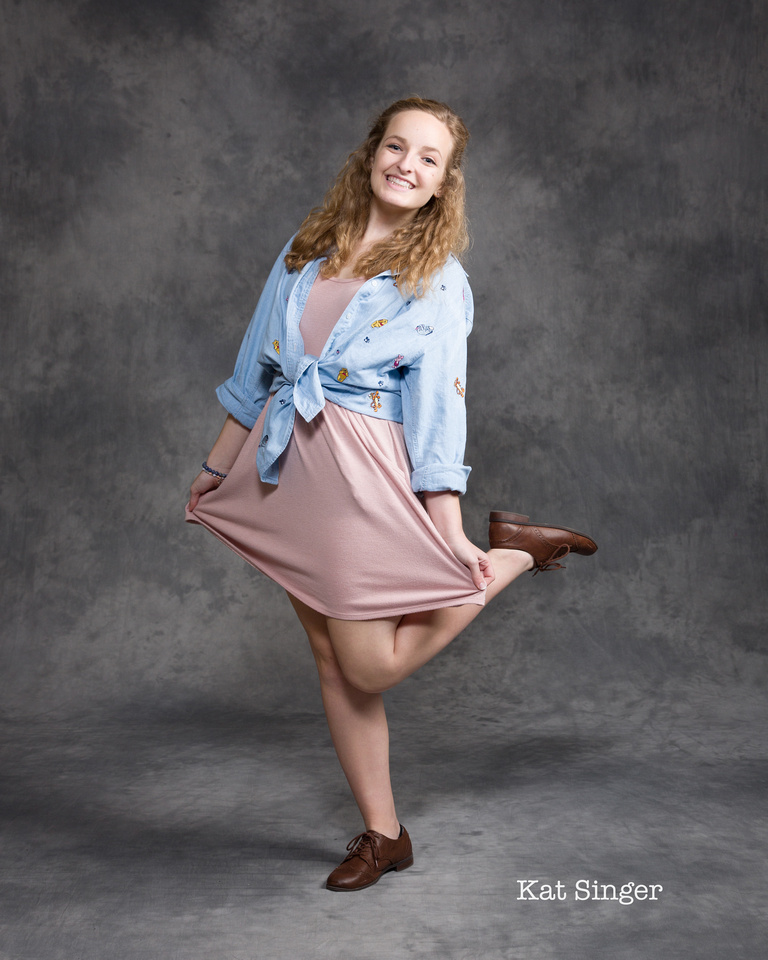 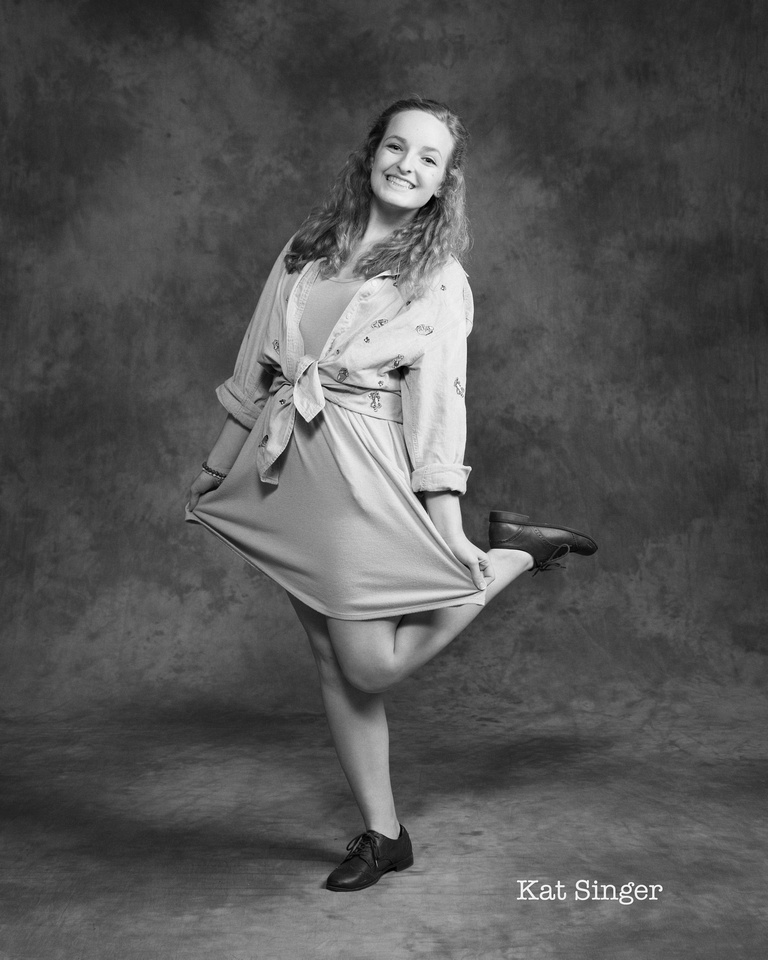 I'm really pleased with the results from last week.  It was a hard week of photography, most of which consists (in the words of Helmut Newton) of moving furniture.  In addition to these photos of the Actors' Rep class, I also made several headshots on a completely separate set, with a different lighting grid.  A hard week, but a very rewarding one.