Why I Love Lightroom 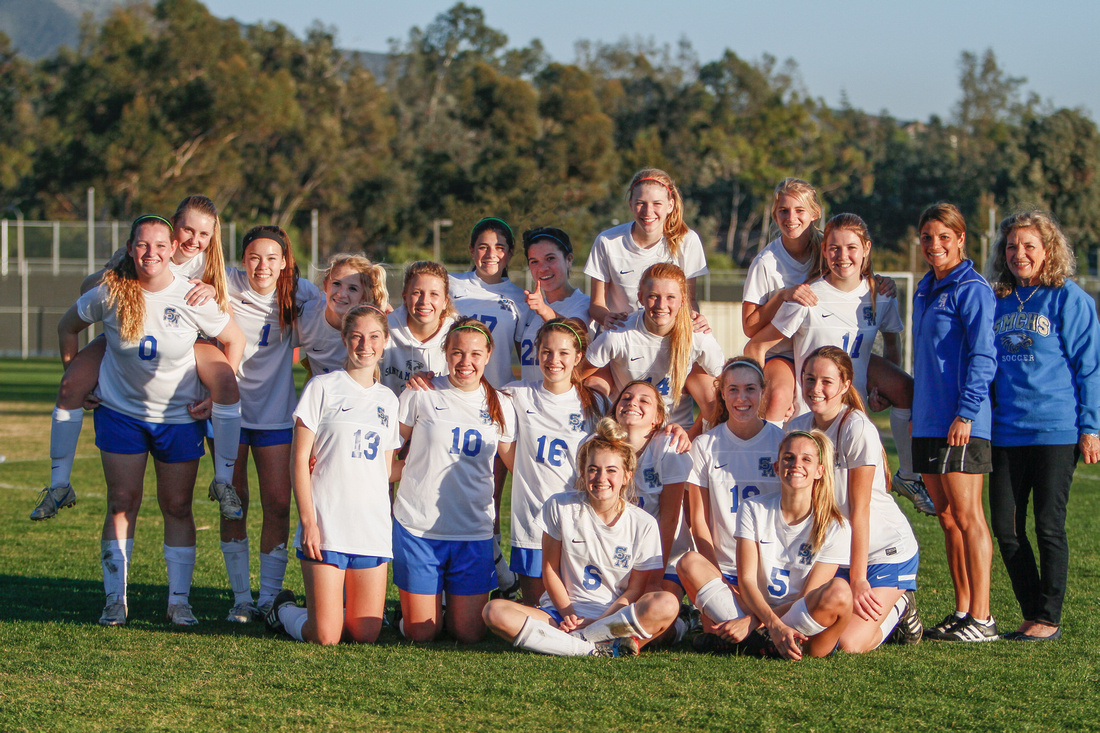 My last blog post described the challenges we face when shooting in late afternoon unfiltered, slashing light.  This one follows on that, but from a different perspective, editing in Adobe Photoshop Lightroom.

I was asked to photograph the Santa Margarita Catholic High School Girls Soccer teams at the Frosh/Soph and JV levels this year.  (The school's official sports photographer Bob Russell had responsibility for the Varsity, which won the Trinity League for the fourth straight year, by the way.)  The intended result of this assignment is to provide images for the teams' awards banquet at the end of the season.

So today's game was the final game of the season, a convincing 4-0 victory over neighbor and rival JSerra.   Lots of family members came out for the finale, and with the win, the girls were upbeat and in a celebratory mood.  Perfect for a big group photo, for which one of the moms eagerly asked the girls to organize themselves, and they happily obliged.

I absolutely love the composition of this group.  It's natural, with no posing direction whatsoever.  Every girl's expression is great, and despite the glaring sun, there are no blinks and surprisingly little squinting.

But here's where we started from: 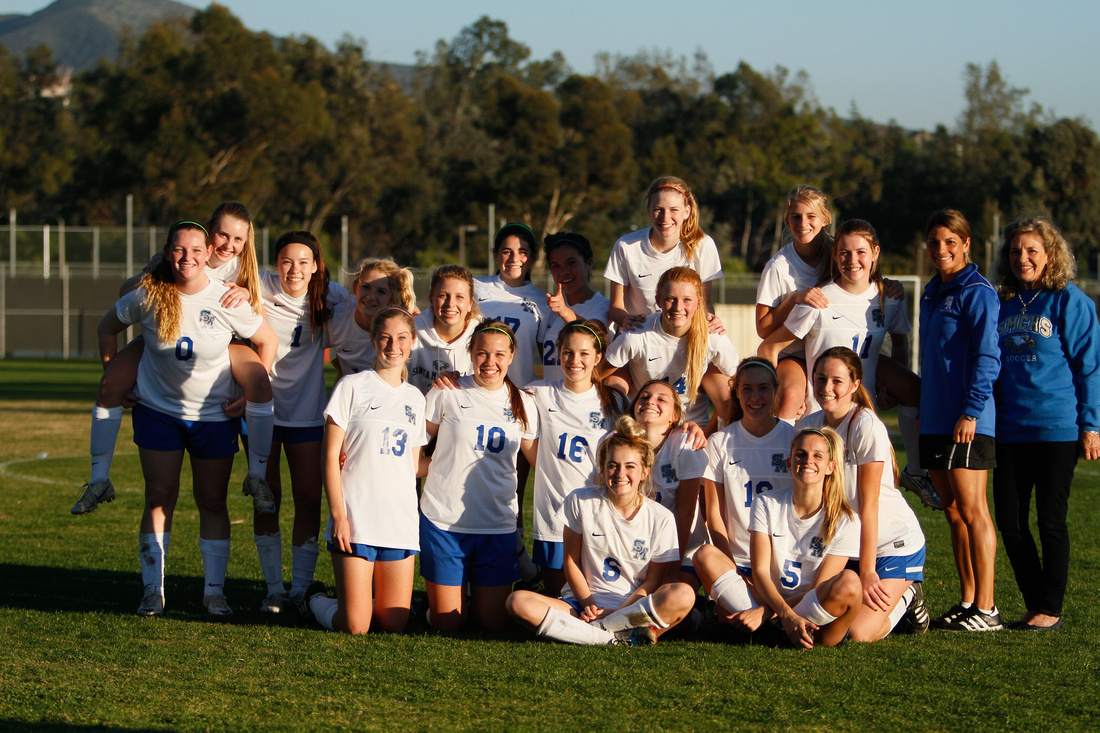 This is the result of hard, slashing sunlight, which produces blinding highlights and deep shadows.  Exposing to avoid blowing out the white jerseys results in an underexposed image right from the start, which forces the shadows even deeper.  But I'm just one of several folks shooting here, and am in no position to re-orient the group or to keep them from their celebration.  I'm not sure I could replicate the spontaneity and genuine joy of this particular moment anyway.  I'd rather deal with what I have going for me already.

Fortunately, I can bring this photo to some semblance of balance relatively quickly in Lightroom.  The current version of Lightroom (4.3) is a vast improvement over previous versions in the way it segments certain tonalities and luminosity values, allowing more targeted adjustments even when applied across the board.  I shot over a thousand frames during the game, meaning I shot jpgs, which have their own parameters baked in already, giving me less flexibility than had I shot in RAW.  With about 150 keepers to edit, most of which suffered from harsh light and deep shadows, this is a real timesaver, especially when you're on deadline.

So what did it take to resuscitate this file?  First, in the late afternoon sun, the photo was a bit too warm, so I lowered the Temperature slider a bit.  Next, to counteract the reflectivity of the grass, which produces a green cast, I upped the Tint a bit to introduce a bit of magenta.  You'd think that adding exposure would be counterintuitive, but with the underexposure to begin with, I moved the Exposure up by around a half stop, which did quite a bit of the heavy lifting needed to bring the darker tones up.  Recovering the now blown jerseys was accomplished by a countering move downward with the Highlight slider.  The most radical move here was a very aggressive application of the Shadow slider, nearly a full stop.  This brought up the shadows in most of the image, including the back, but it also introduced a quirky, almost HDR-like feel to the image.  I kinda liked it, but it was a bit too heavy handed, so I reduced the Vibrance slider a bit to modulate it somewhat.  That left just a couple of the girls' faces in deep shadow.  Fortunately, the Adjustment Brush took care of that, with additional exposure of another half-stop of light.  That left me with the following result, accomplished in less time than it took to write about it.

The only thing I couldn't do in Lightroom to finish this off was to remove the tree trunk behind the girl in the middle of the back row and a bit of a house up in the upper left corner.  A quick trip to Photoshop took care of that.  This one fix is the only Photoshop edit in the entire batch of 148 images posted that night after the game.

Is this a portfolio shot?  No.  Is it a genuinely joyful capture of a perfect moment in these girls' year? Absolutely.