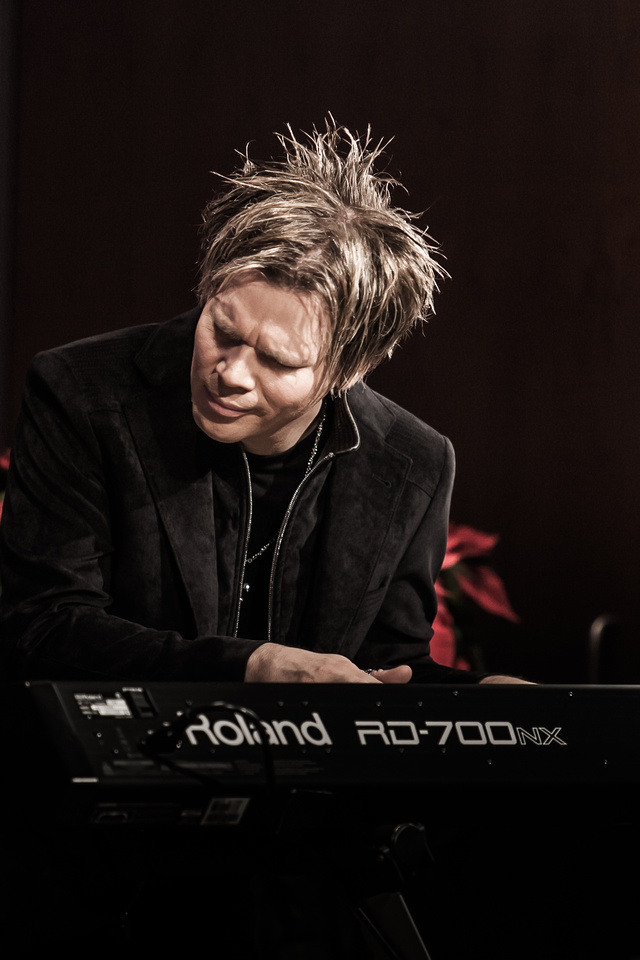 In my previous blog post, I talked about "working the scene" to eliminate distracting elements from the periphery of otherwise strong photos, and refining the images to bring something unique to what might otherwise turn out to be rather ordinary renditions of even extraordinarily talented artists.  I wound up with a really cool take on an image of sax virtuoso Euge Groove.  I ended with a look forward to the next show at the Murray Center with Brian Culbertson.

There are three things I know about Brian Culbertson.  First, he's a very talented musician, as are all of the folks that hosts Gary Bergeson and Kelly Bennett bring to the Murray Center as a part of KSBR's ongoing series of live performance radio broadcasts.  Second, Brian is a versatile musician on many instruments.  I've seen him perform at the annual KSBR Birthday Bash on keyboards as well as the trombone.  The third thing about Brian is his exceptional energy.  It's seen not only in his trademark spiky hair, but also the stage presence he projects during his performances.

Which is why I was looking forward to trying something a little more edgy with my shots of Brian at last week's radio show.  He did not disappoint, starting out his set with a high-energy, up-tempo rendition of "Santa Claus is Coming to Town" (it was, after all, the beginning of December, and time to do this sort of thing).  From there, Brian stuck with the keyboards.  His keyboard playing style is interesting.  Especially in this setting, playing the Rowland in front of a more "mature" audience (it's the Norman P. Murray Senior and Community Center, by the way), Brian's style was measured, nuanced, and different from what I expected.  I probably have over 100 photos of Brian, and in most of them (including the shot above), his eyes are closed either leaning closely into the keyboard or serenely looking upward.  Not that the music wasn't beautiful; it certainly was, and the audience enjoyed it immensely (as did I).

But as the set progressed, I finally got the shot I envisioned from the outset.  It's a simple treatment actually, with almost all of the editing done in Lightroom, except for the removal of some distracting elements in the frame that required more intricate masking in Photoshop. 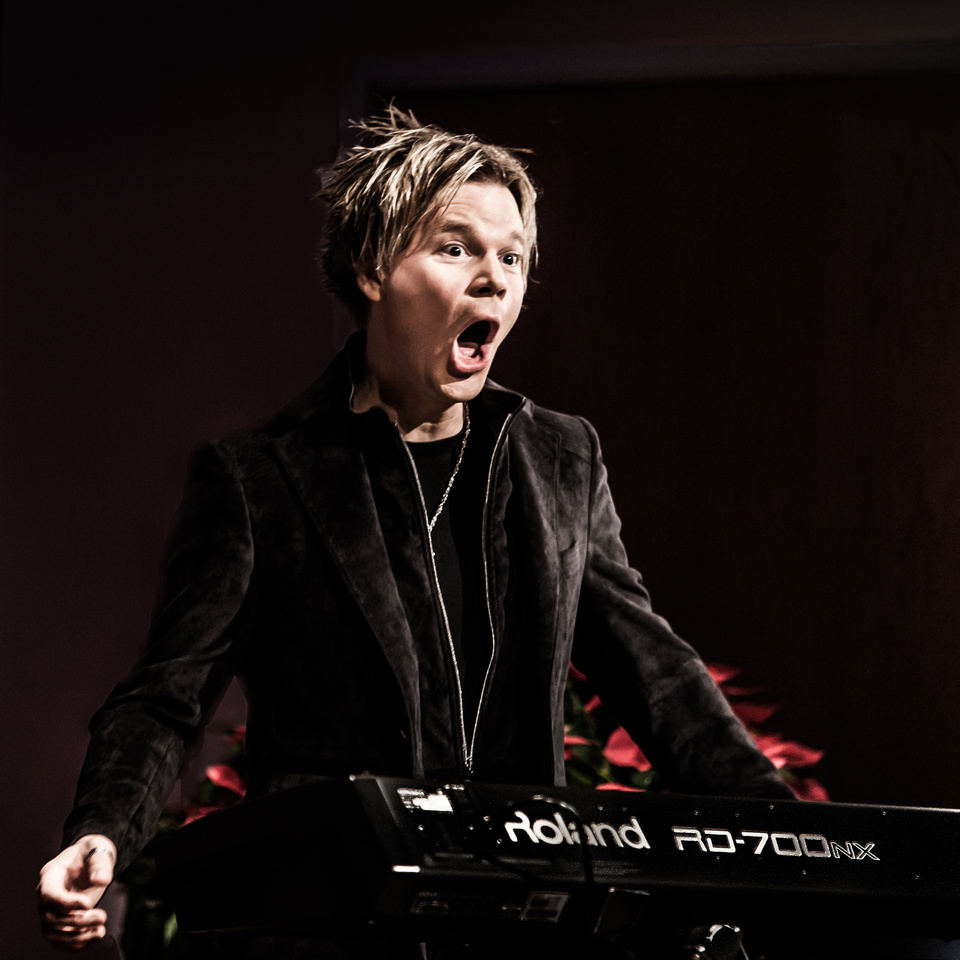 Now THAT'S the Brian Culbertson I was expecting.

I don't know who's next up in this continuing series of broadcasts, but I'm definitely going to continue to explore different post-processing techniques to bring out what I consider to be the essence of the performers as I see them.