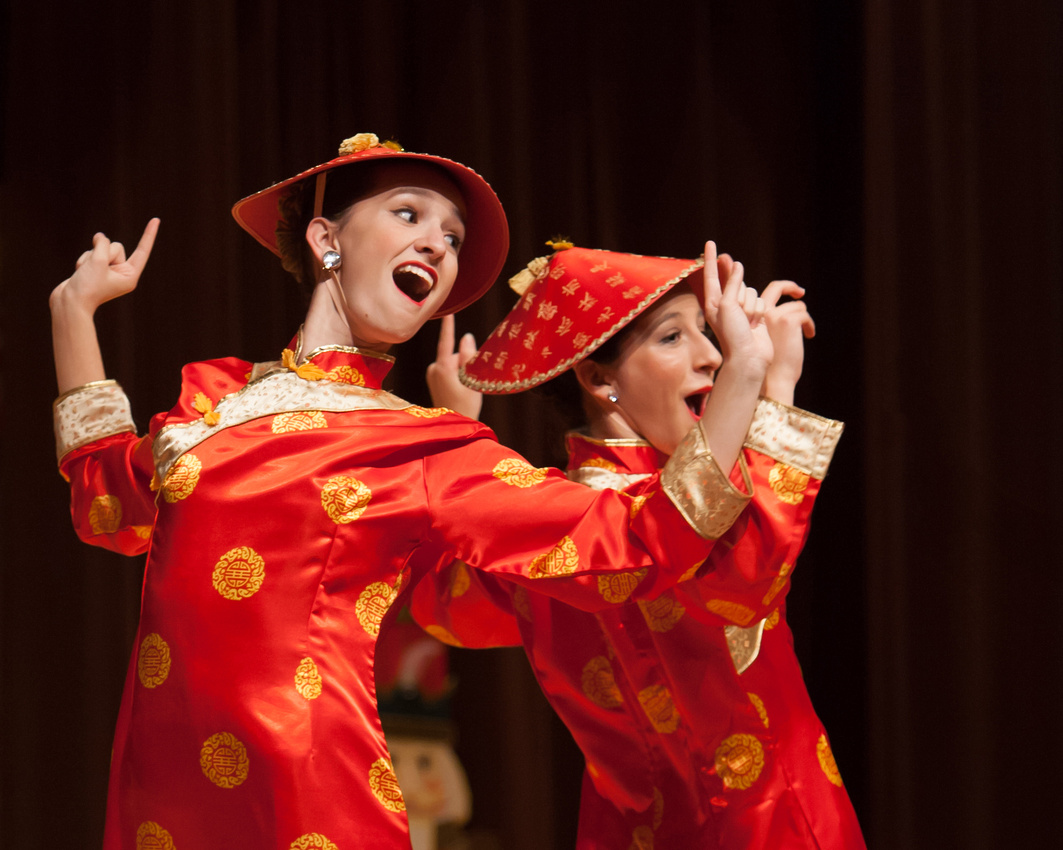 For the past three years I've had the pleasure and the honor of photographing the Pacific Theatre Ballet's production of "The Nutcracker Suite".  Under the direction of Ann-Marie McClellan, the production draws its cast from the Pacific Ballet Conservatory and spends months in preparation, choreography, costuming, and rehearsal, culminating in a weekend of six performances at the Laguna Hills Community Center.

My part of the process begins with portraiture, which occurs on one day a few weeks prior to the performances.  This year, with a growing cast, the challenge was to keep things fresh throughout the very long day of shooting.  The lighting setup has to be open and flexible, enabling the girls to cycle through in about five minutes each, giving us precious little time to shoot a number of poses for the families to consider.  They range from traditional ballet poses, to poses with props, and sometimes as whimsical as we can make them.  I light them with a key light in a 53 inch octabank from a traditional 45 degrees up and over position (from the left this year), supplemented by a broad fill to give me an approximately 2:1 ratio, with two back 45's in strip boxes to accent and separate the girls from the background. 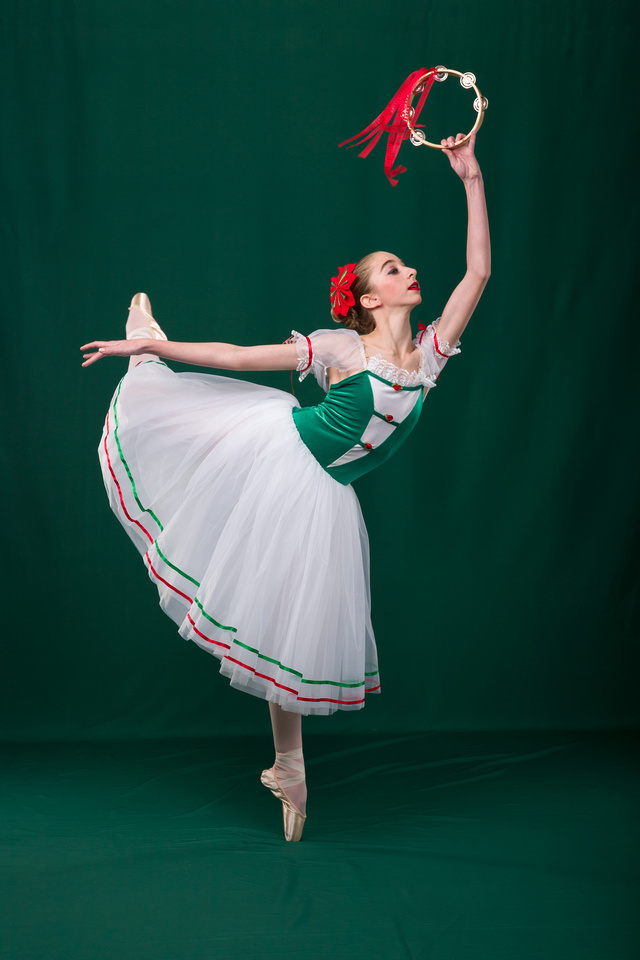 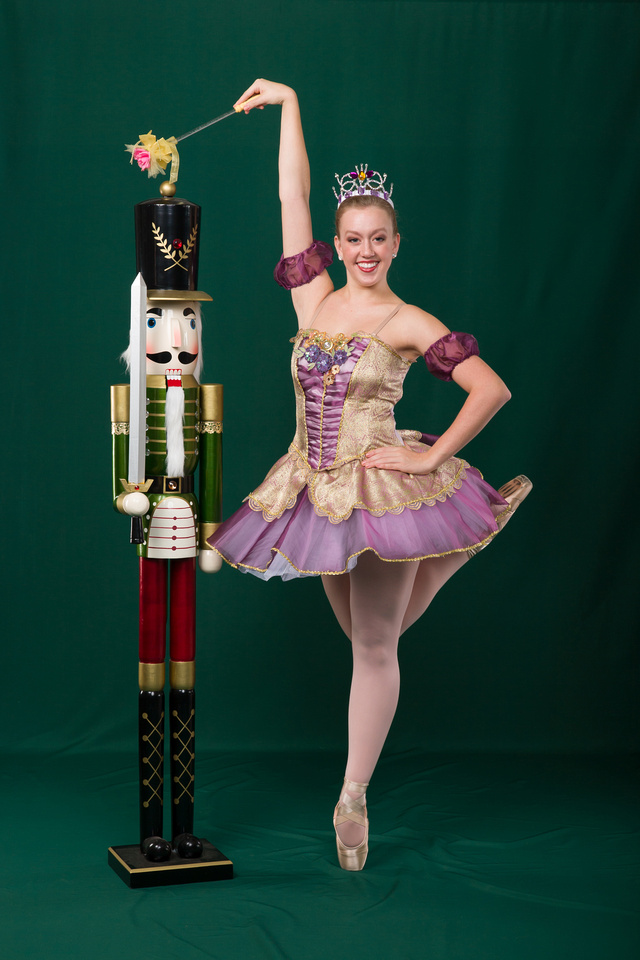 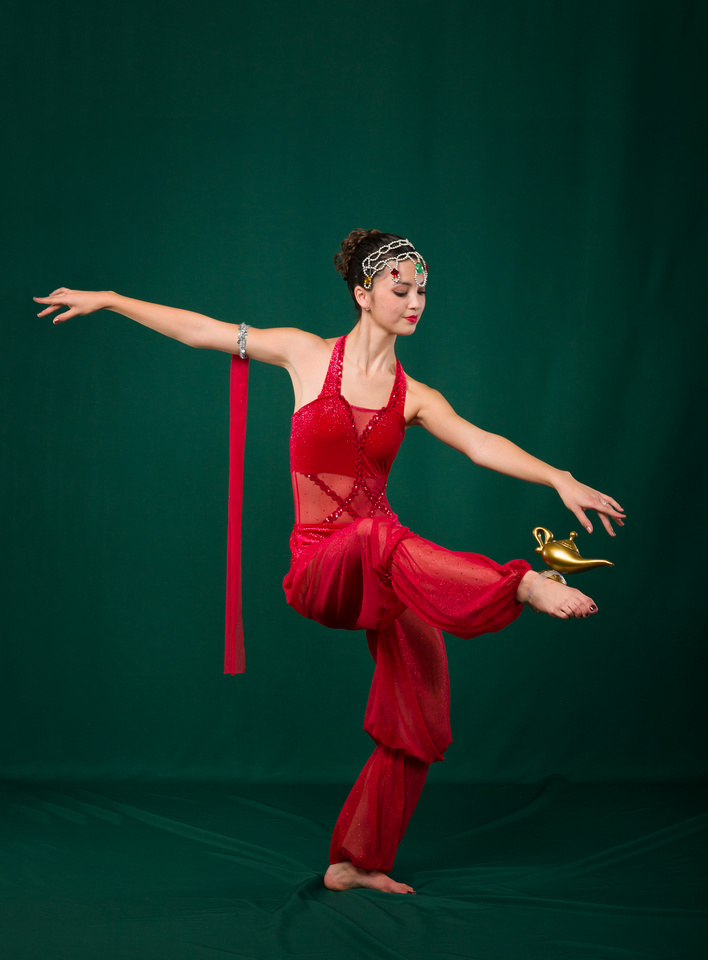 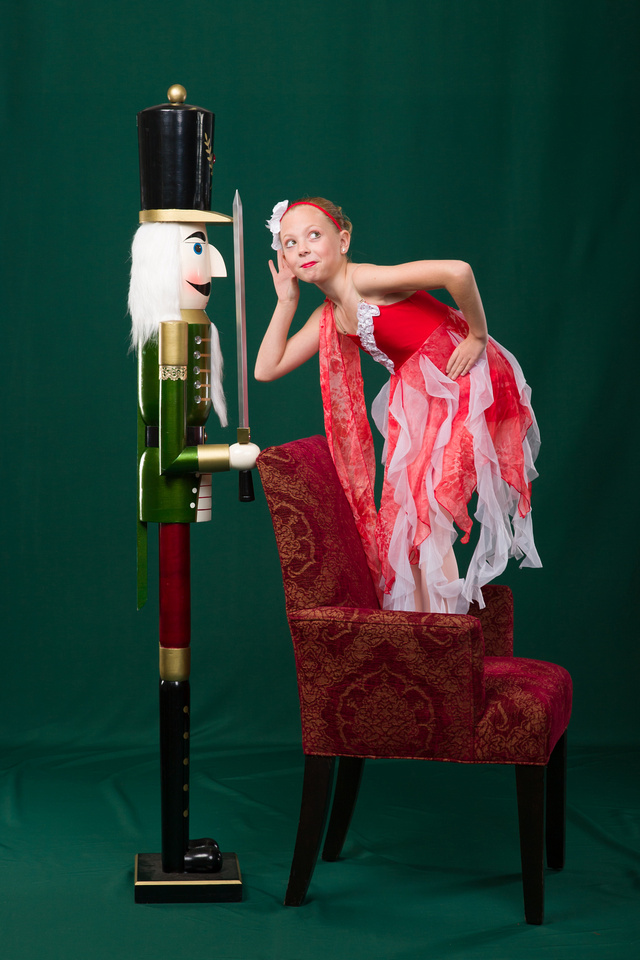 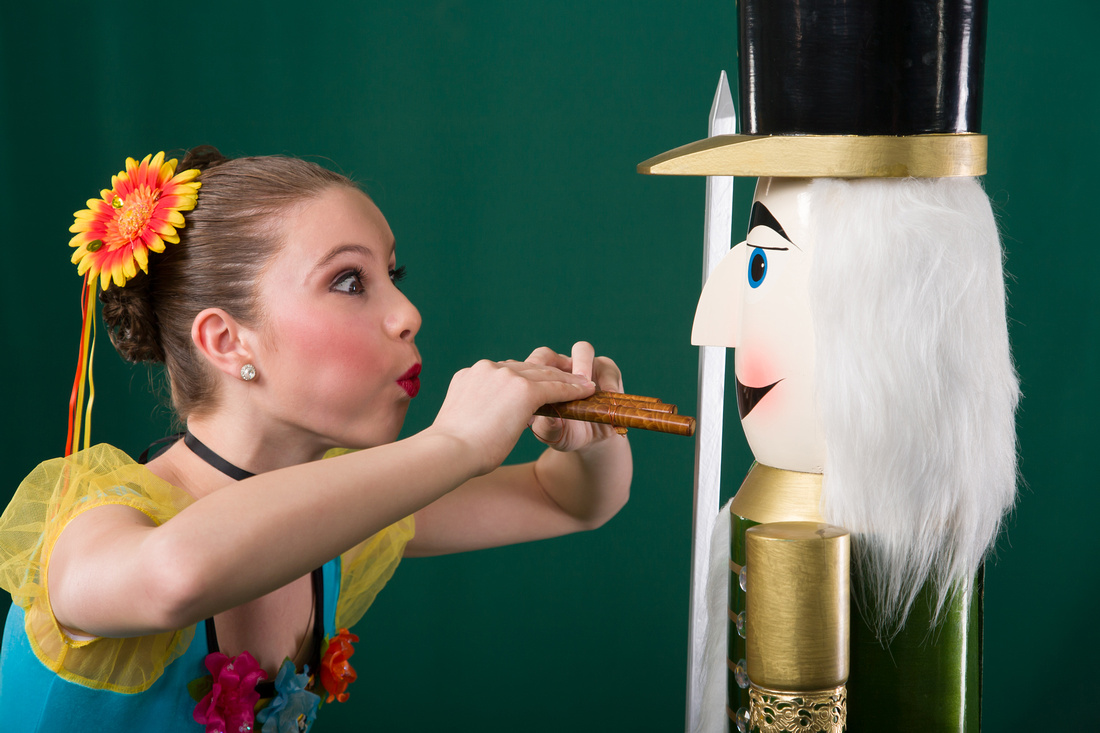 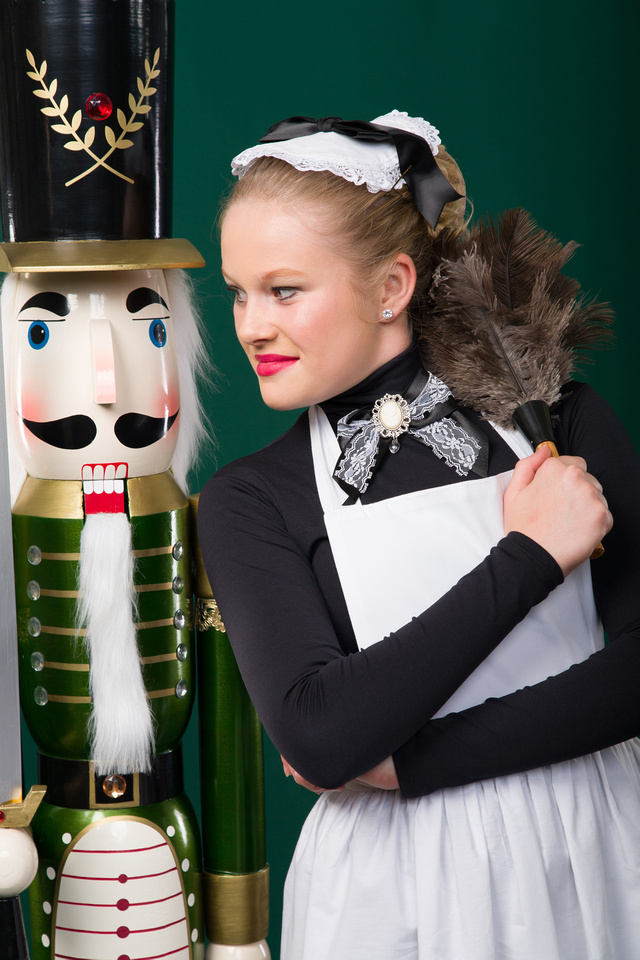 The performances, as noted above, are held in a multipurpose room at the Laguna Hills Community Center.  I've described this location before.  It's a small stage, maybe thirty feet wide by twenty feet deep, lit by nothing but overhead cans.  Sometimes a light from above can be missing, but when they're all working, the lighting is predictable, warm, and surprisingly flattering.

From the back of the audience, shooting with a 70-200mm lens, you can get the entire stage, and get what might be called "record" shots of the production.  I don't mean to discount these shots, because the cast is really good, and you can pick up some nice images. 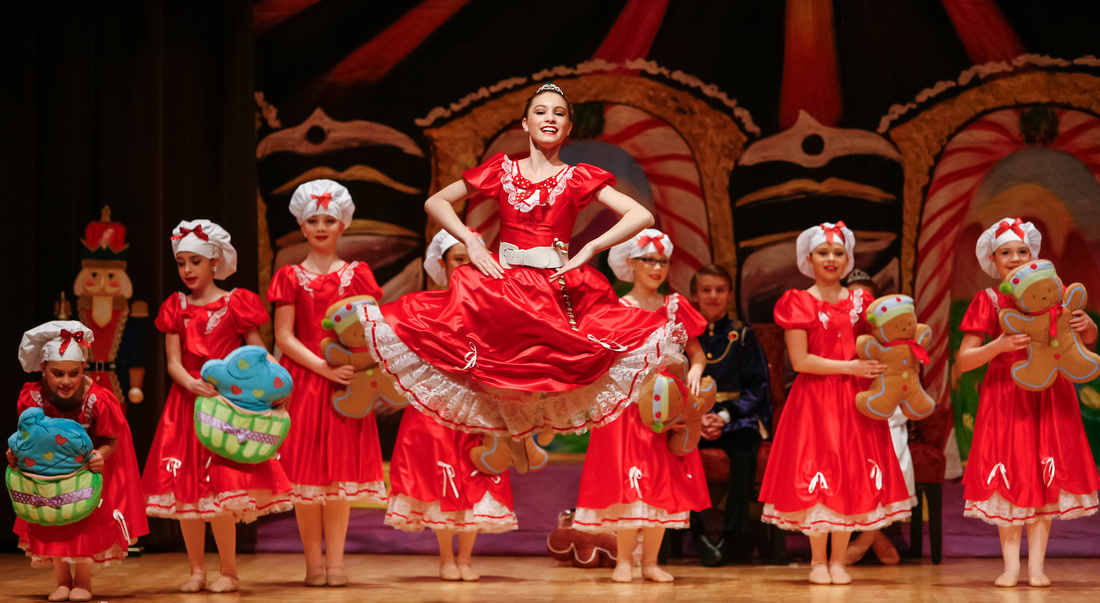 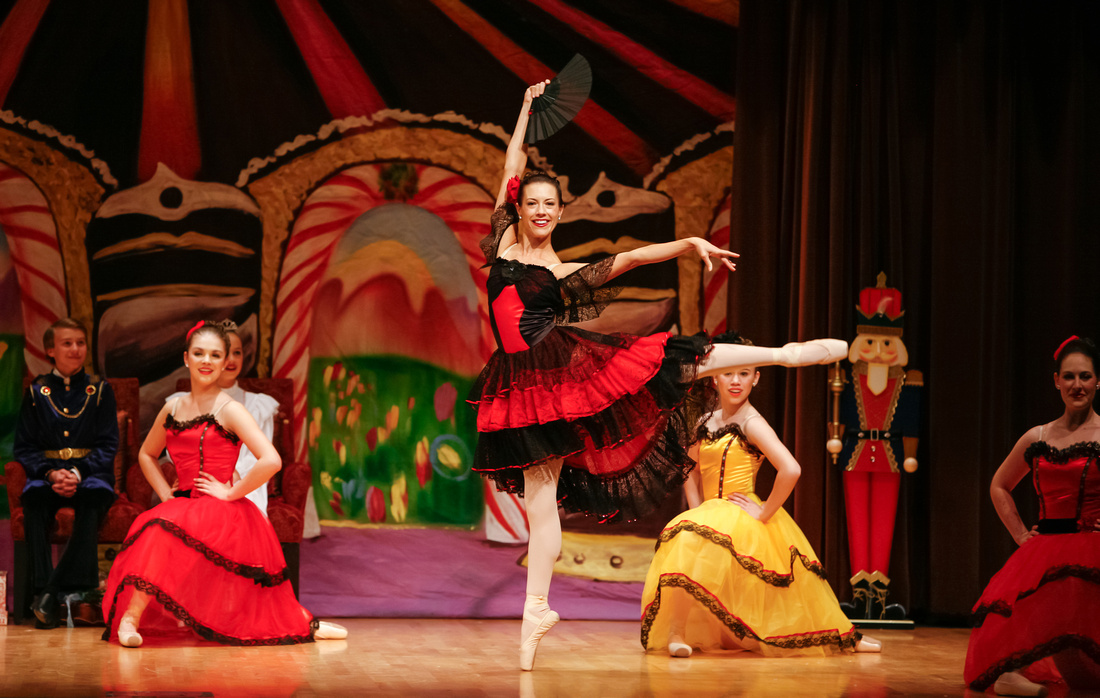 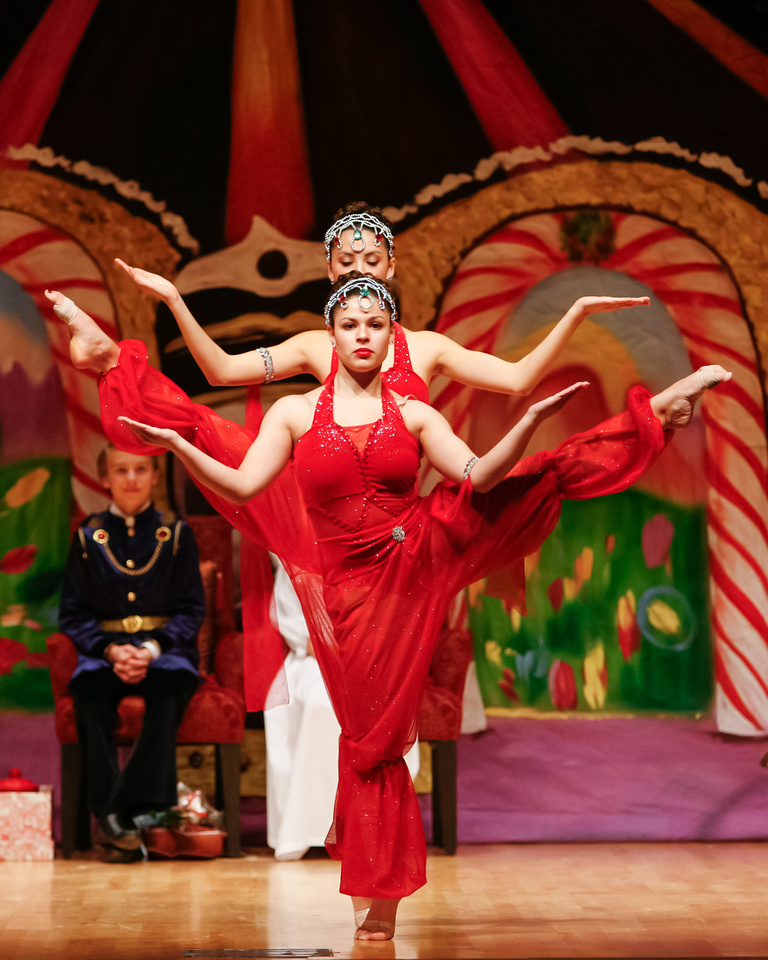 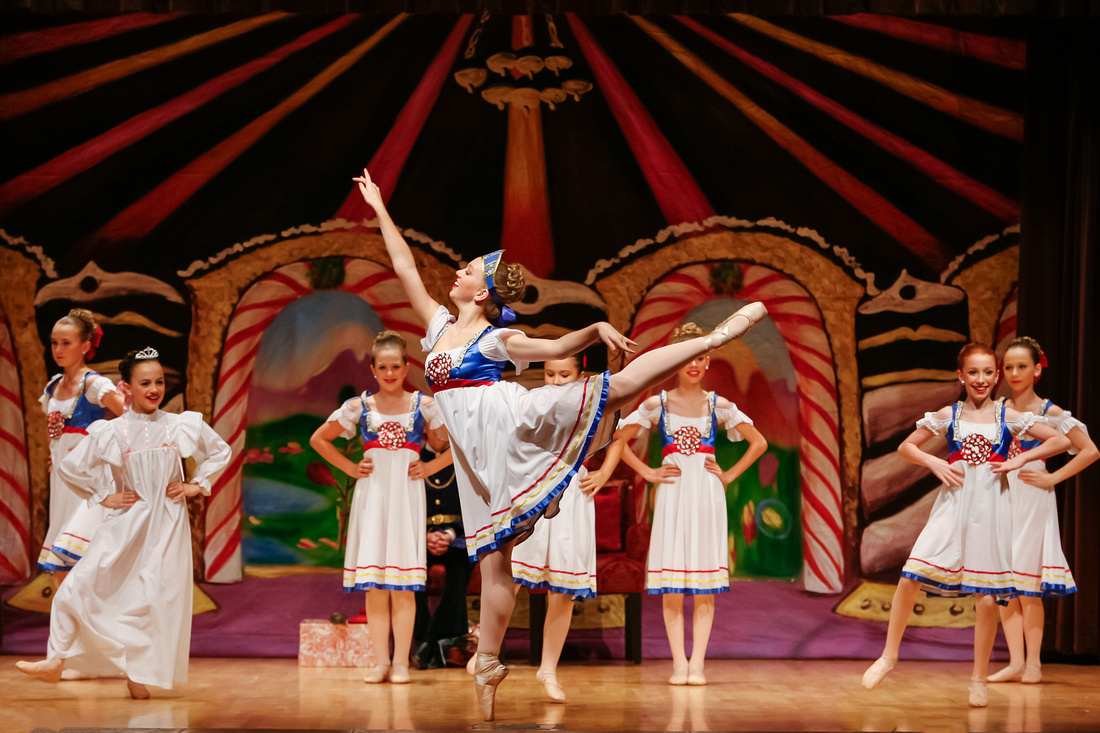 But I much prefer to capture these dances from the sides, and focus on individuals or small groups of dancers.  With the amount of light available in the room, shooting at 1/250 is about all I can get, and at f/2.8, the depth of field is pretty limited.  Also, shooting at acute angles means the stage is also angled, which presents another limitation.  But from these angles, you can really focus in on the dance skill of these performers. 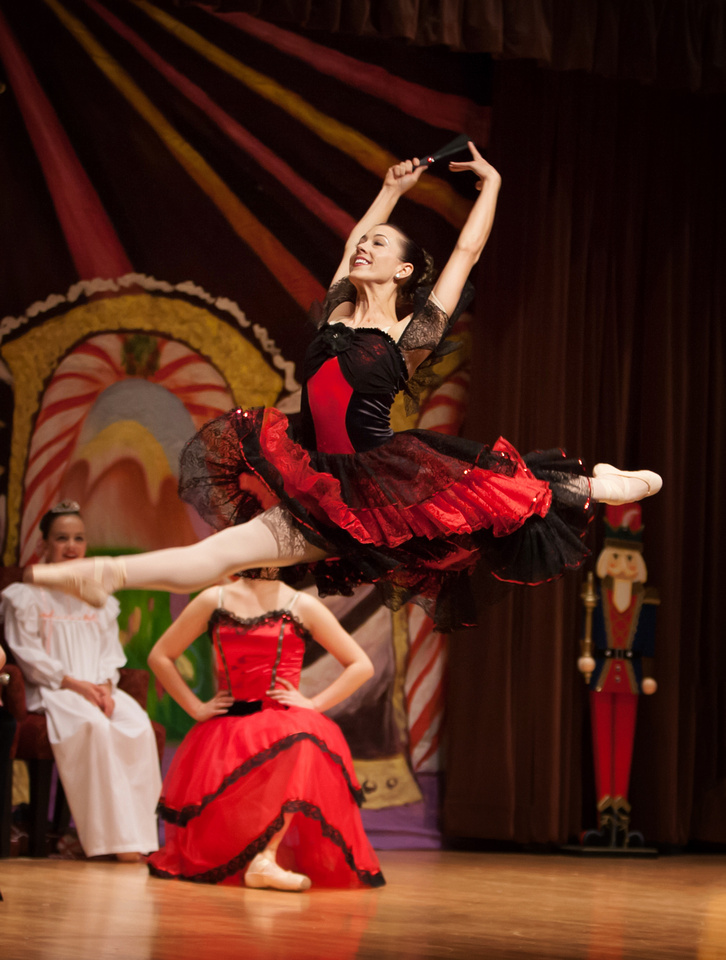 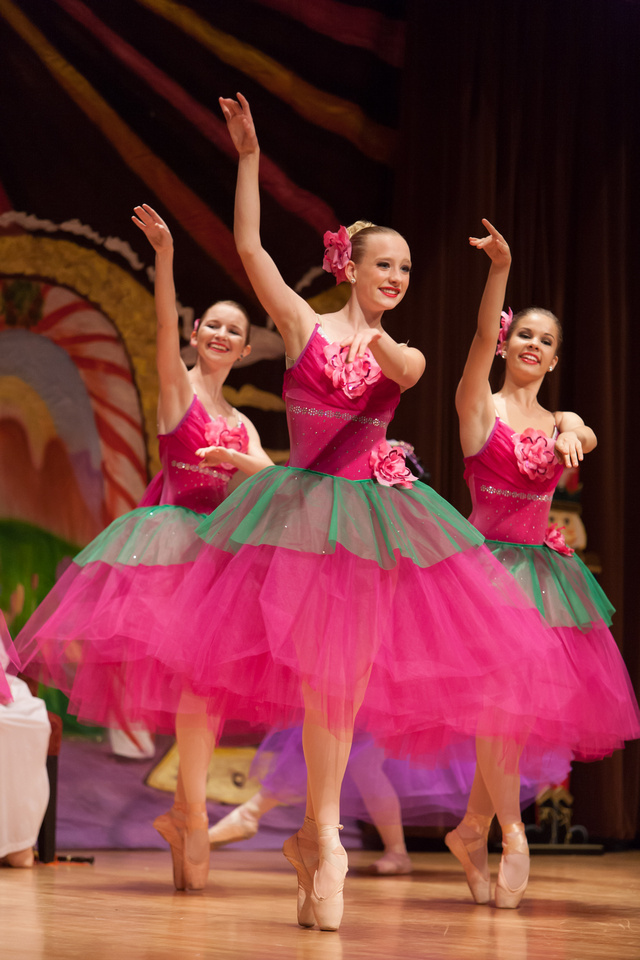 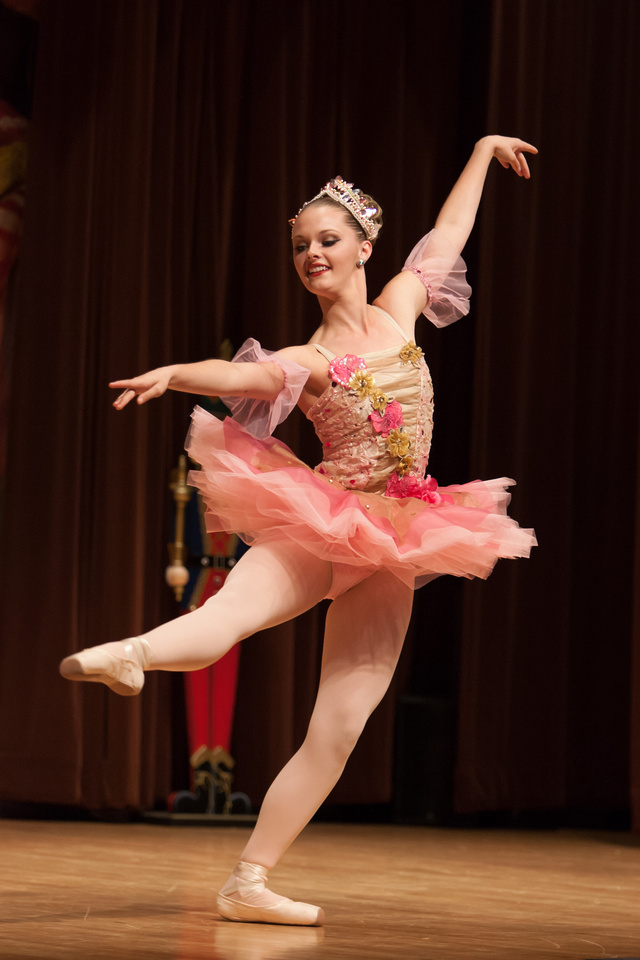 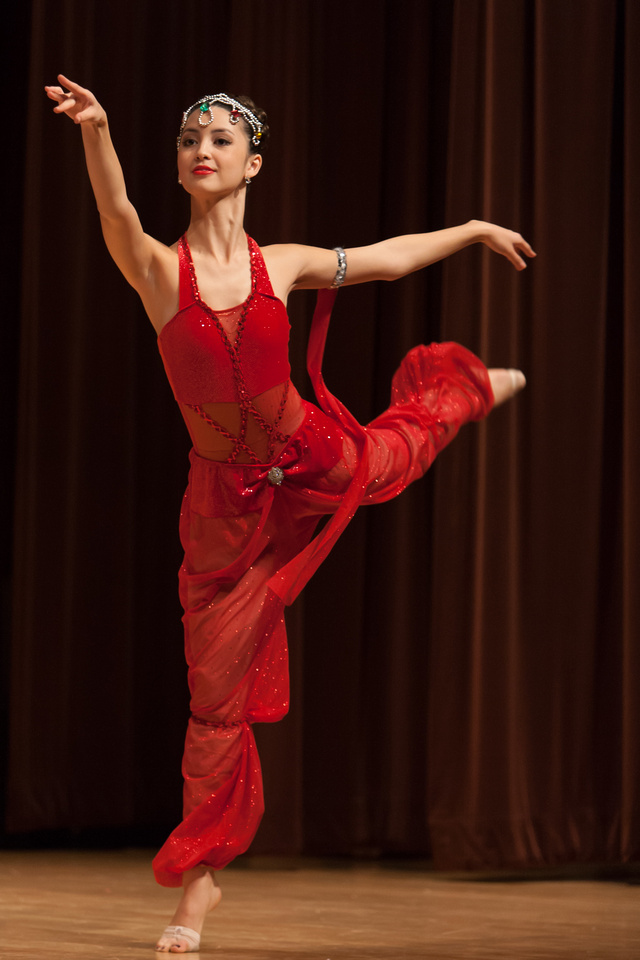 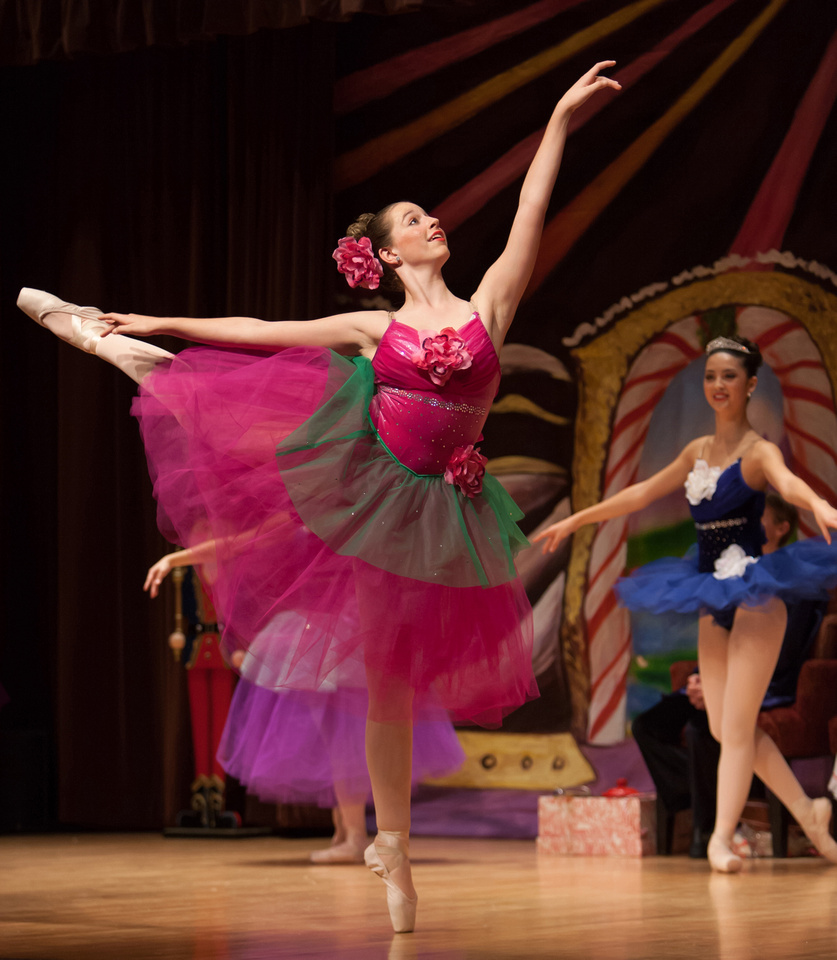 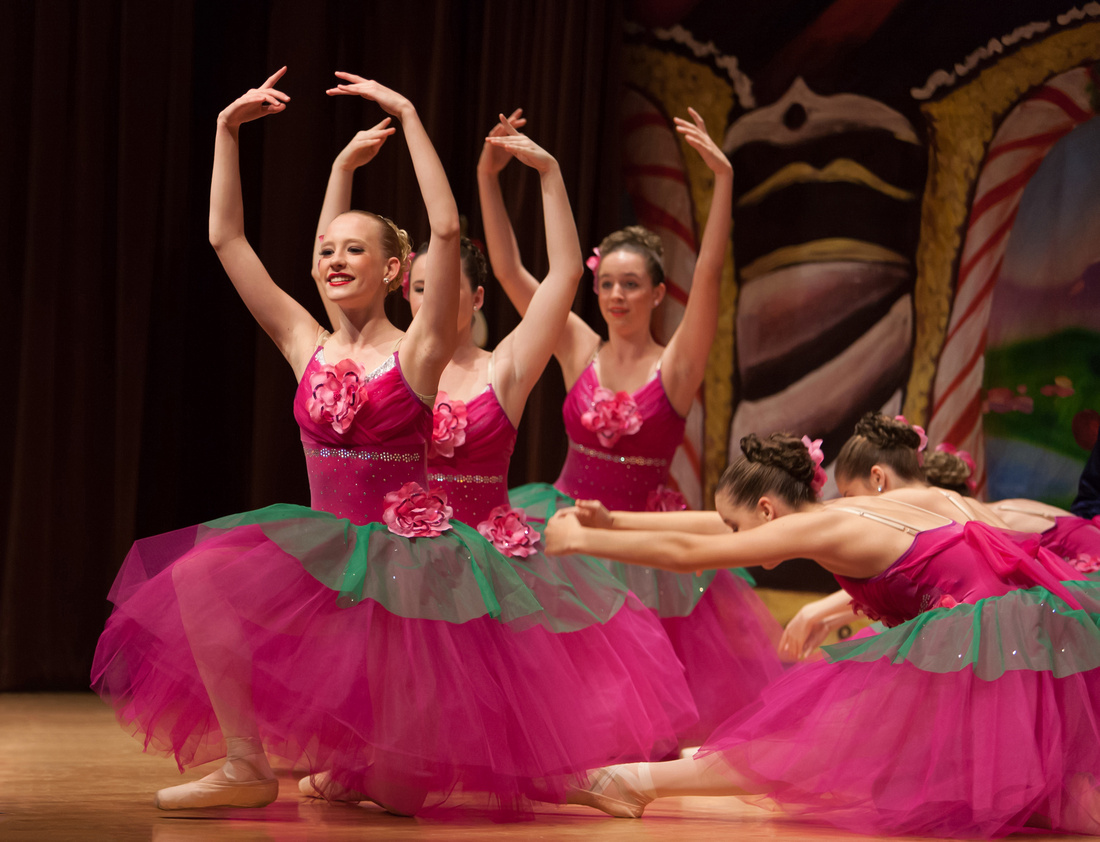 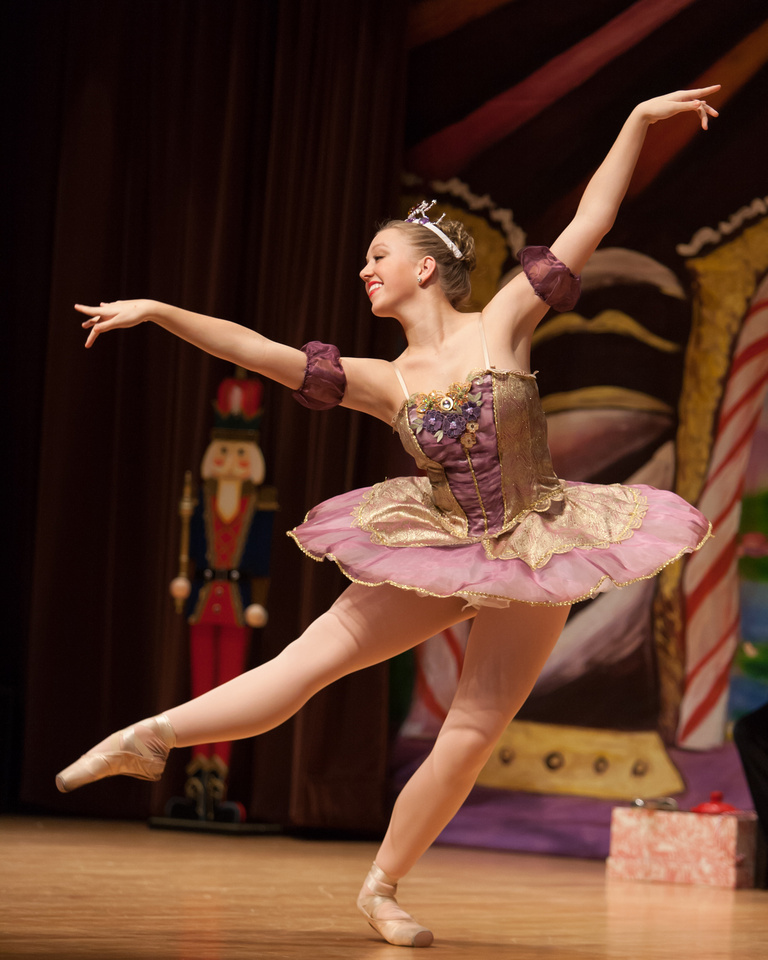 As nice as this venue is, one thing it is not is "grand".  One of my dance photographer colleagues, Ron McKinney, recently showed some marvelous Nutcracker images of the Ballet Chicago on a very large and very brightly-lit stage.  His sweeping images were stunning, but absolutely impossible to get in the intimate setting of the Laguna Hills Community Center.  Instead, I go in an entirely different direction.  My favorite images from this production are those that capture the expressions of joy that these performers display.  One of my favorite performance lessons comes from hip hop choreographer Shane Sparks, who once told my daughter's class that performing on stage is like selling shoes: "If you ain't sellin' it, the audience ain't buyin' it!"  These ladies knew how to sell it.  I think they sold it, because they genuinely love it. 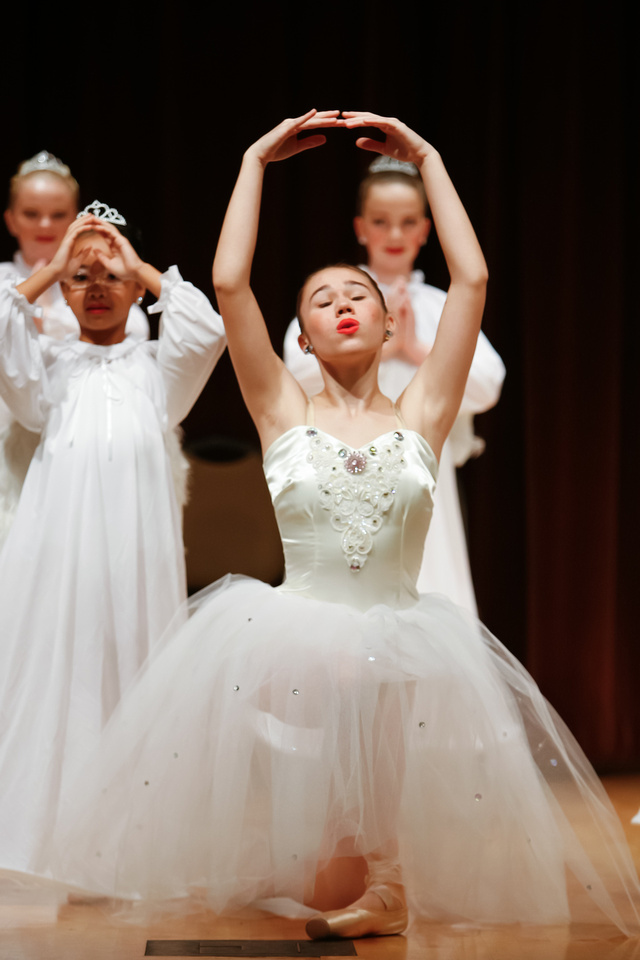 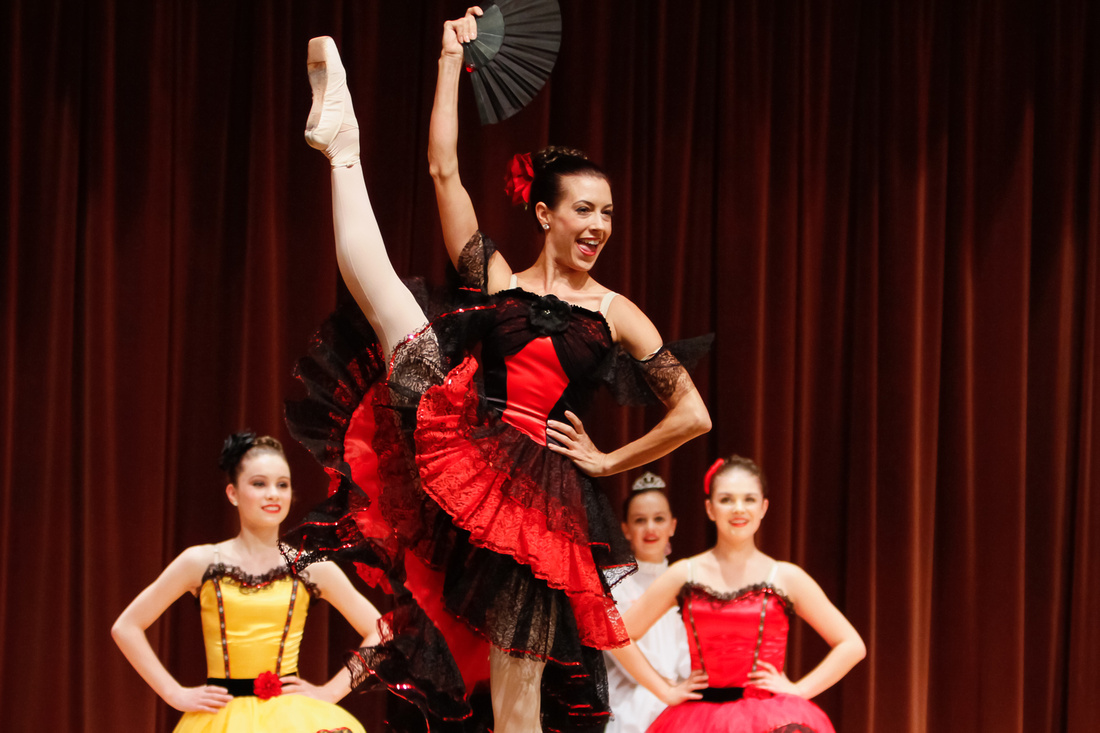 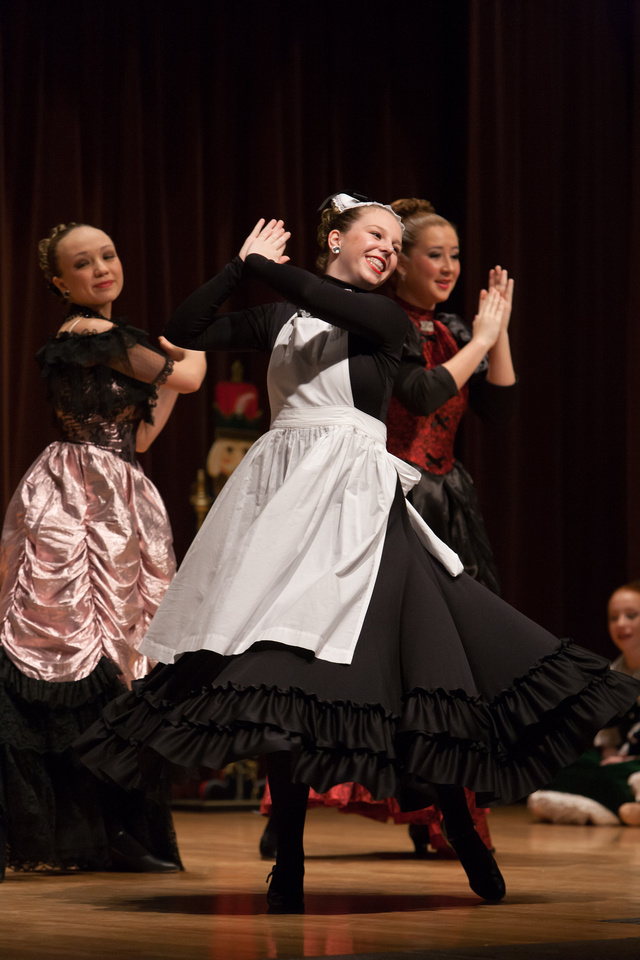 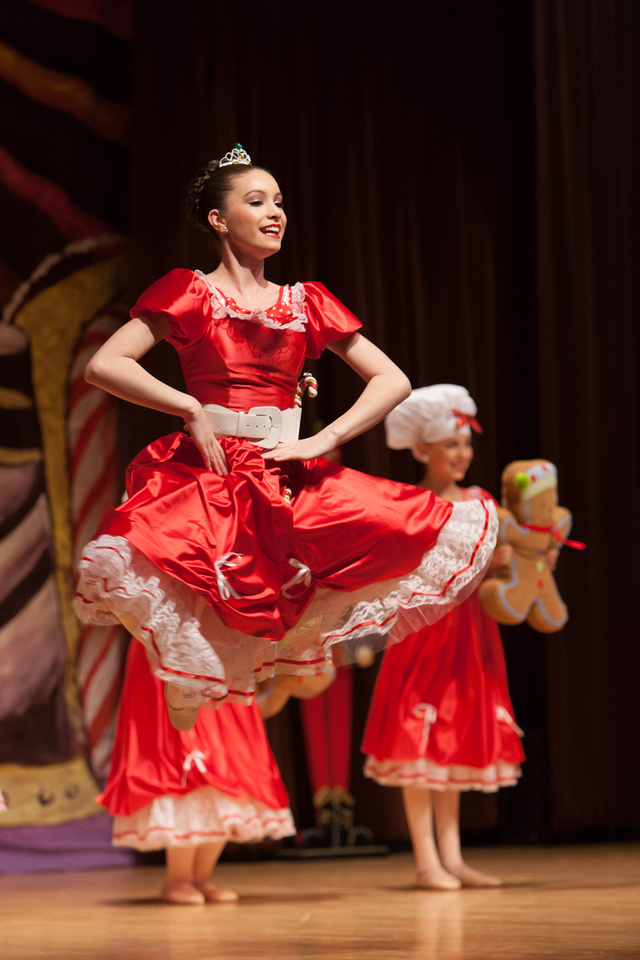 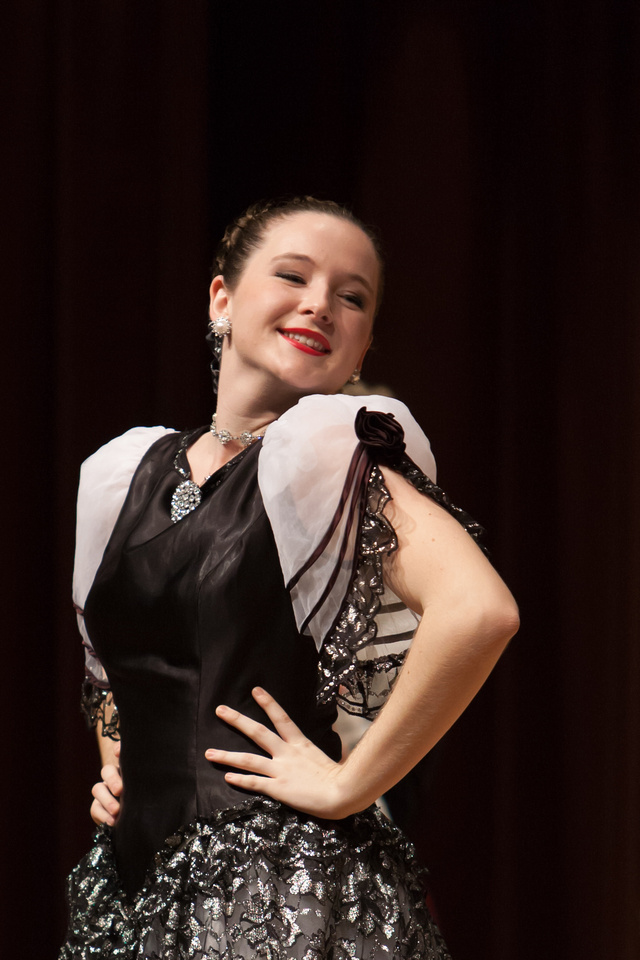 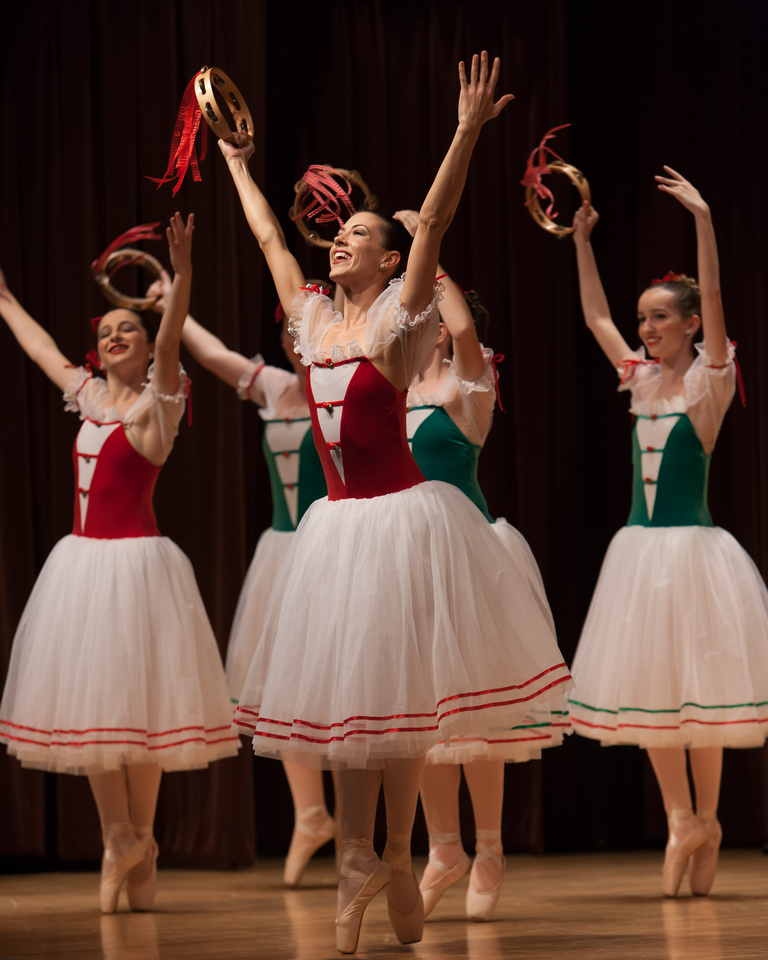 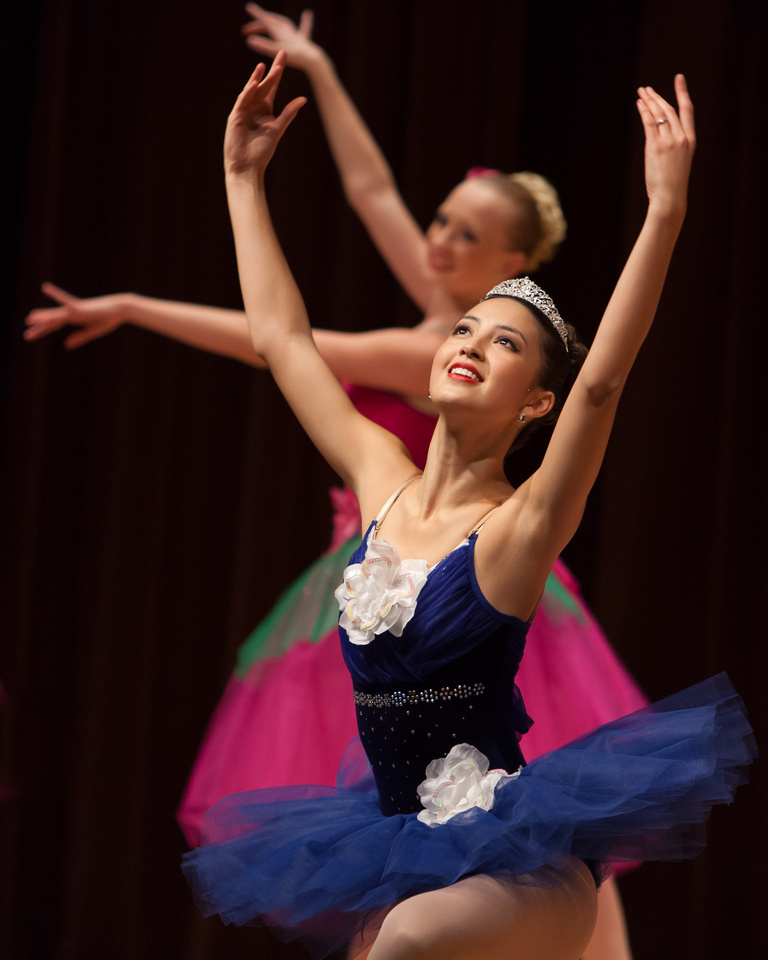 As I write this on Christmas evening, one of the things I'm grateful for is the opportunity to get to know this community of dancers and their families, and to photograph them doing what they love to do.

Ann-Marie McClellan(non-registered)
Oh, Steve! We are so fortunate to have you photograph our production and honored that you would comment on your experience with us on your blog. You are an artist. Your photos capture the spirit, joy, enthusiasm and love of each dancer for their art. Thank you, thank you, thank you!
No comments posted.
Loading...
Subscribe
RSS
Recent Posts
Porch Portraits Under COVID 19 Restrictions Solving Problems by Not Creating Them Altruppersdorf Actors' Repertory Slack-Jawed Nick and Meredith: Or, Why I'm Not a Wedding Photographer Shooting from the Cheap Seats Back to Miramar Craziness at the Rancho Mission Viejo Rodeo The Jet Set Quintet in Long Beach
Keywords
portraits Musicians Dance Events KSBR travel Sports Ballet theater Landscape
Archive
January February March April May June July August September October November December
© Steve Wylie Photography
Powered by ZENFOLIO User Agreement
Cancel
Continue