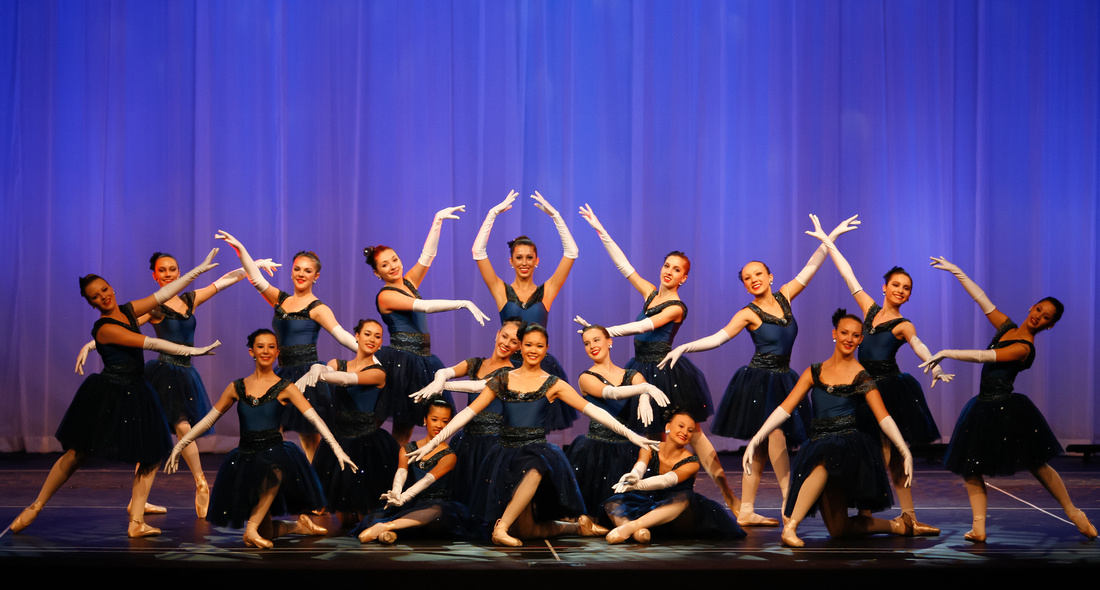 I've been shooting a lot of groups recently.  Good group photographs look easy, almost effortless, but the reality is a lot different.  If you're lucky, a choreographer and lighting tech have done the heavy lifting for you, including posing and lighting a stage.  The dancers look where they're supposed to.  The photographer can't provide additional direction during the performance.  A chimp could make this picture.

If you're really lucky, a master like Gianlorenzo Bernini will build a setting so stunning that your group stands in service to the environment, such as this shot of the Santa Margarita Catholic High School choir, after singing the Mass at St. Peter's Basilica in Rome.  This is all ambient light. 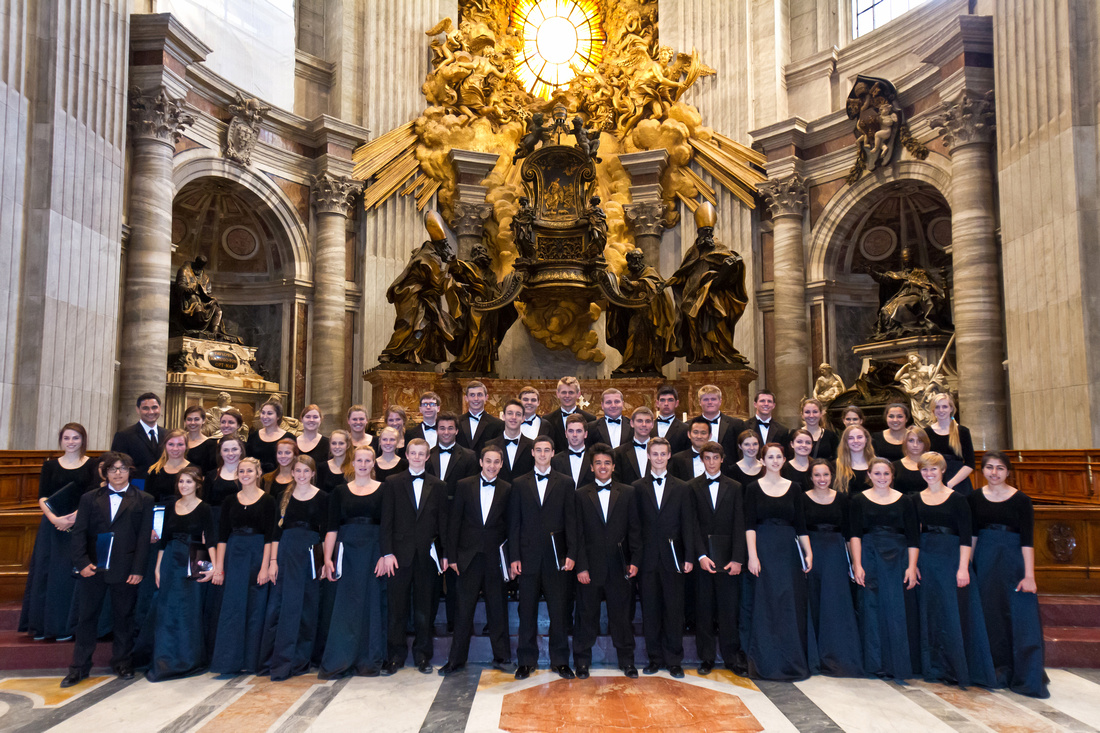 Shooting in a studio environment takes some of the compromises out of play.  You can control the environment, the lighting grid, and exposure before the "talent" shows up.  From that point, it's a matter of group dynamics and getting the composition and expressions you want.  This group shot of the 2011 Santa Margarita Dance Team was made after we did the standard three or four rows of carefully posed dancers.  We asked them to come together as tightly as they possibly could.  The more I yelled "Closer! Closer!" the better their expressions got, and the better the frame turned out. Two monolights fitted with reflective umbrellas placed equidistant from the camera and pointed straight forward provided the illumination for the wider group shot; I don't think I changed it for this quick "mosh pit", but I could have gotten away with just one light. 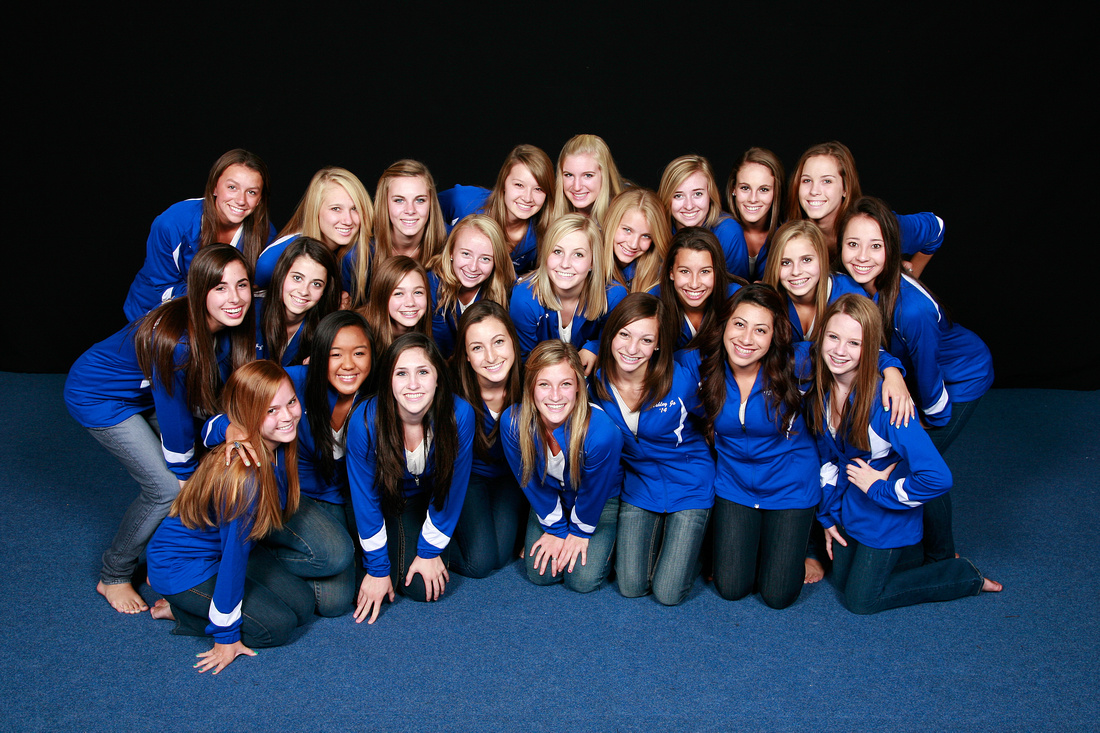 Environmental portraiture, particularly made outdoors, introduces another level of complexity, the ambient conditions at the location and during the time of day when the portrait is made. 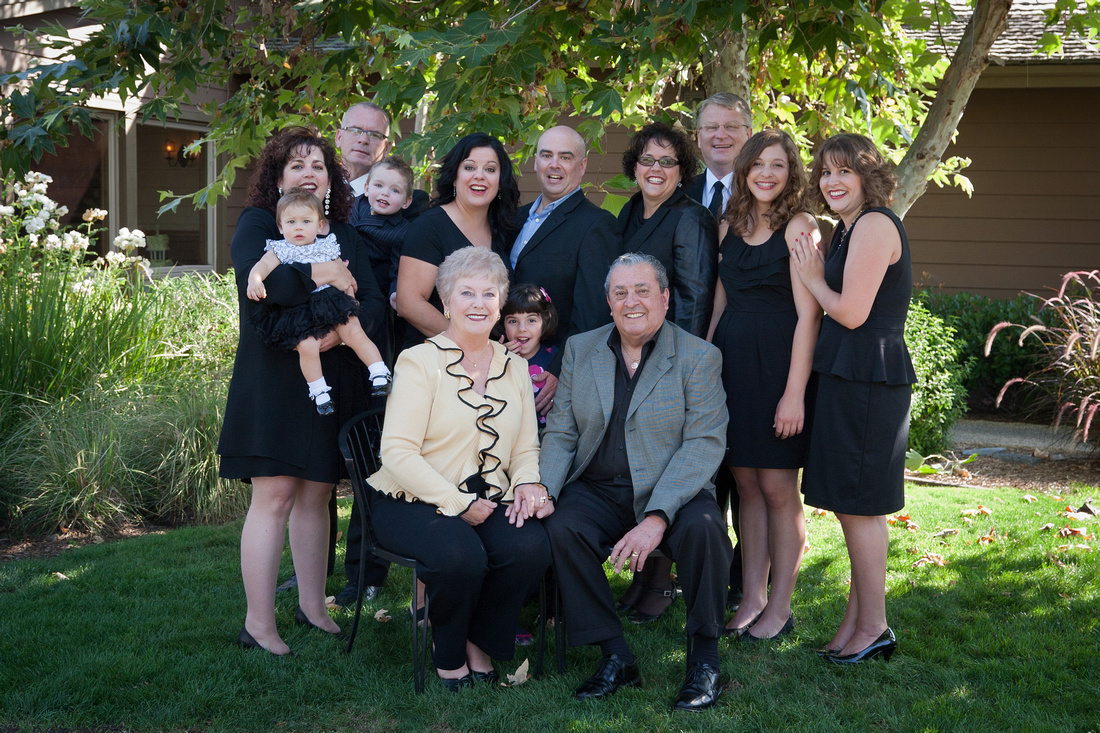 Here are three generations of an extended family, made on the occasion of Gil and Sharon's 50th anniversary.  They celebrated their special day at the Arroyo Trabuco golf course, a very picturesque location.  Unfortunately for us, there was a wedding going on nearby, with all of the usual photo locations being used by the wedding party.  I looked for open shade with a darker background that wouldn't compete with the folks in the picture.  At the time of day we were there, we had to contend with slashing light on the foliage behind the group that required a lot of post processing to tone down the highlights on the grass, as well as dappled light through the leaves of the sycamore trees falling on some of the faces.  Lighting for the subjects was provided by one Qflash behind a large shoot-through umbrella.  With only one light, the choice of color temperature was limited to matching ambient conditions of open shade.  Getting everyone in a group portrait like this to look at the camera is often a challenge, especially with little kids (here there are three).  This was one of several shots of the family; I like it best primarily due to the expressions, particularly on the face of the little girl between her grandparents.

Open shade in mid-day is "cool".  I think the color rendition of the family photo is fine; it matches the ambient conditions under which it was made.  But it's not the only way to light a group.  This past weekend I was asked to support the Santa Margarita Catholic High School Eagle football "12th Man" fundraiser, by providing portraits of couples.  Because this event was to be held late in the afternoon and into the evening, I knew I would be faced with (or blessed with) warm, late afternoon light. Because it would be highly directional at that time of day in that location, I selected a spot under the canopy of a very large spreading oak tree that would give me the open shade I needed.  The goal was thus to balance the warm ambient late afternoon light with fill flash to match. 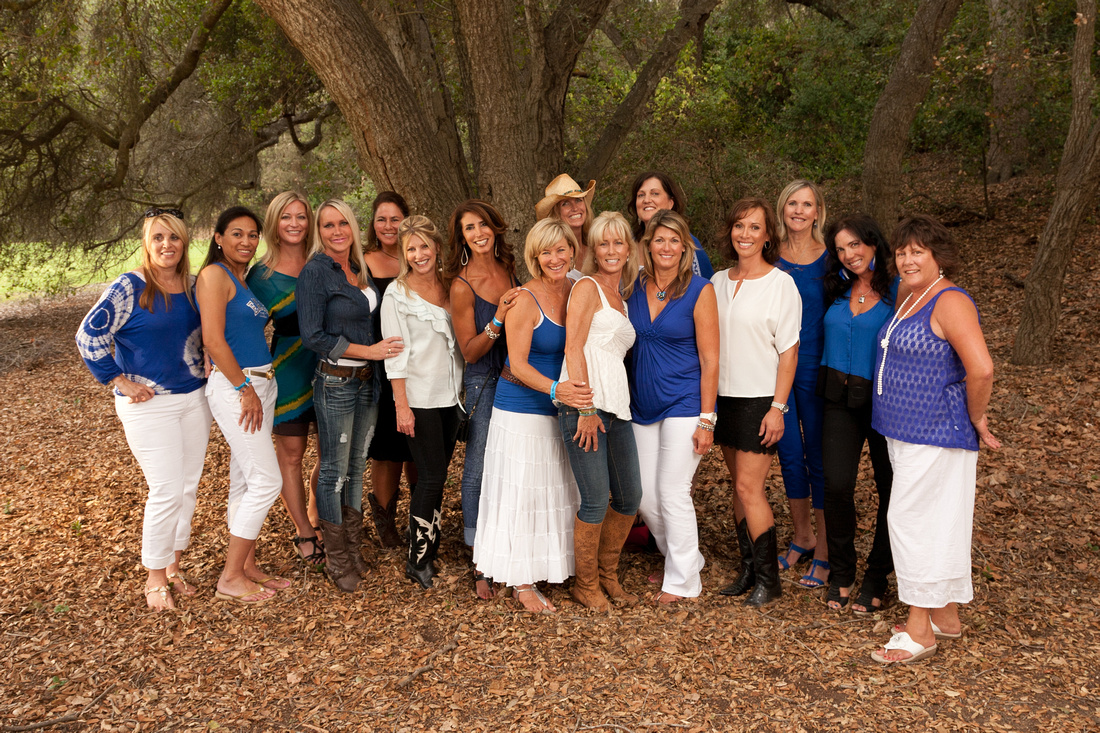 Once again, I went to the trusty Qflash T5dr behind a smaller shoot through umbrella.  Setting the camera's white balance to "flash" rendered the faces warmer than had I used "average white balance" (AWB).  This choice brought the subjects into balance with the warm ambient.  But one element of the frame bothered me; the trunk of the large oak tree fell into deep shadow.  To remedy that situation, I brought in a Canon 580EXII speedlite, fitted with a half-cut of CTO ("color temperature orange") gel, and placed it out of the frame to the left, on 1/4 power, just enough to illuminate the tree trunk.

Why would I use a smaller shoot through umbrella than the one I used for the family portrait above?  Answer: it's all I had that day.  I was planning on shooting couples only, for which the small umbrella would be fine, but the moms of the sixteen seniors on the varsity team asked me to give them a quick group portrait.  So off we went, with this shot being organized and made within about a minute.  No time to give individual posing instructions.  But I like the natural expressions on the ladies; the shot conveys the fun they were having at the event and the great relationship they have with each other and the football program at SMCHS.