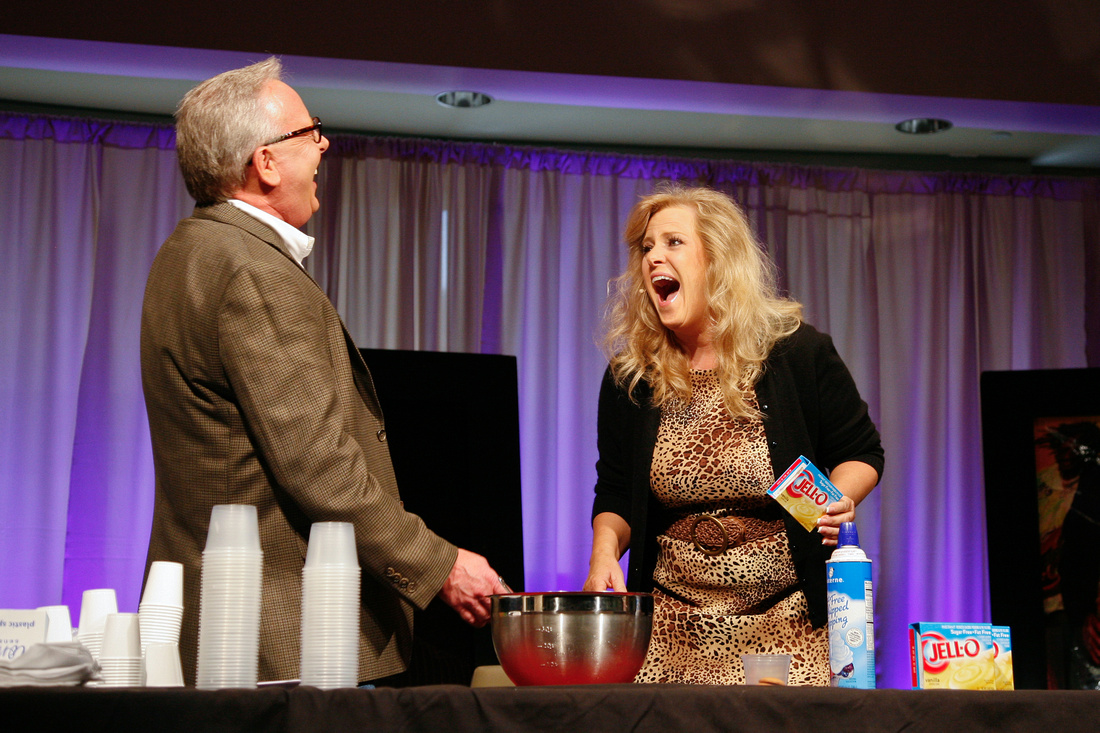 I tell ya, if you like music, if you live anywhere near South Orange County, and you're NOT on the mailing list for KSBR's Gary and Kelly Show broadcasts from the Murray Center in Mission Viejo, you are missing the best Saturday mornings you'll ever find.  Today was no exception, as Gary Bergeson and Kelly Bennett welcomed David Benoit to the Murray Center for another live broadcast.  I've blogged about these broadcasts before, usually from a photographic perspective (this is, after all, a photography blog), but today, from a technical standpoint, I've got nothing new.  Just a great time, with some great music.

The program features world-class jazz artists, like David Benoit today, but Gary and Kelly bring on other guests and topics as well.  The non-musical highlight today was a "cooking demonstration", more or less, with Kelly Bennett making vanilla pudding with Nilla Wafers.  Suffice it to say, as you can see above, that it was a lot of fun, and the chemistry between Gary and Kelly was just hilarious.

Of course, today's headliner was pianist and composer David Benoit.  Usually, the solo artists need some accompaniment, which is provided via recorded tracks backing up their live performances.  Today it was David alone on the grand piano, playing some favorites along with pieces from his new album "Conversation".

I'm showing just a couple of frames from the performance.  I prefer this angle when photographing pianists. Shooting hands was difficult in this particular location without blocking others' view, and the orientation of the piano puts the artist in profile to the audience.  Better to move way off to the side, behind one of the TV cameras, and get in tight.  If you're lucky, you might get a nice reflection off the underside of the piano top.  I don't even mind the intrusion of the two microphone booms in this frame. 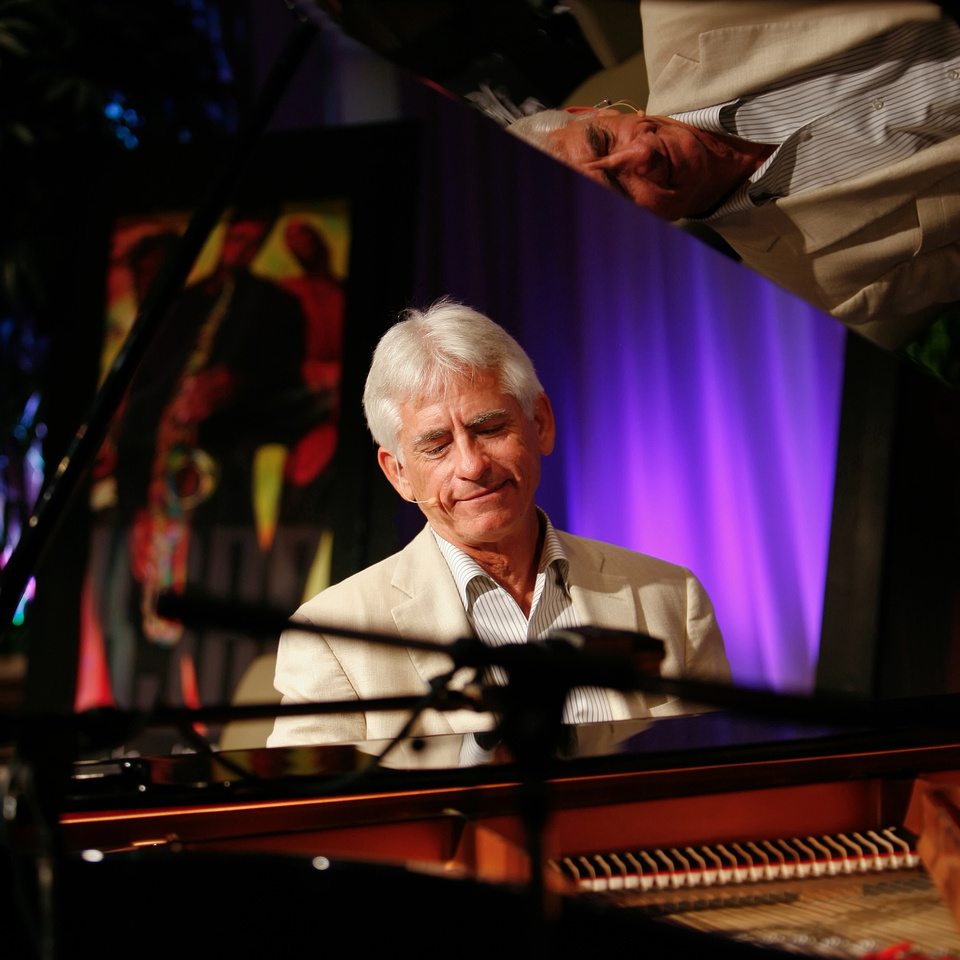 The show was over way too soon.  Can't wait for the next one! 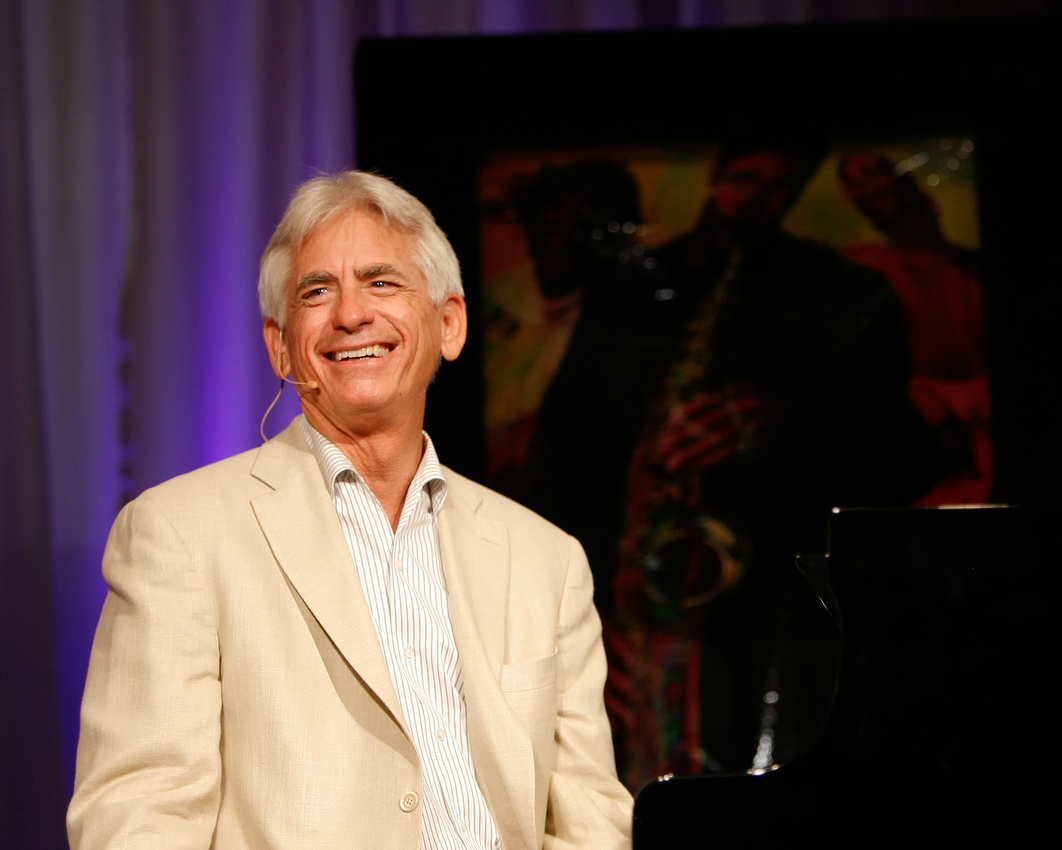