You Shoot What You Love 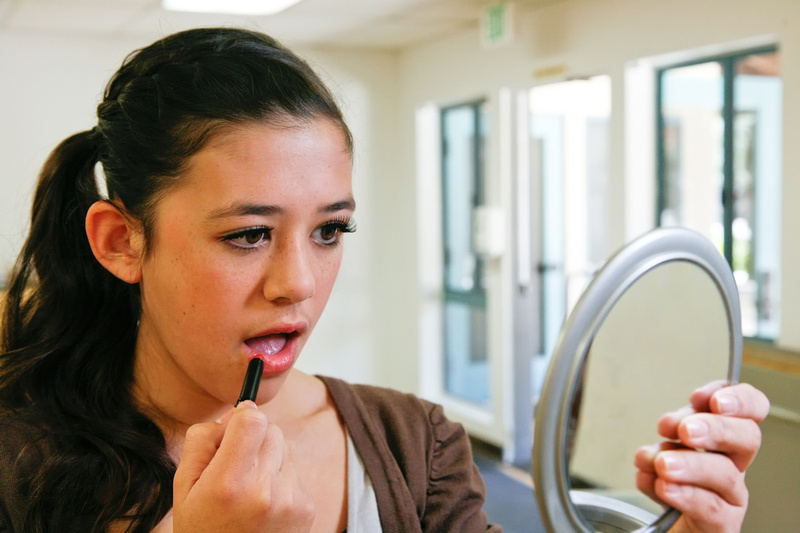 As photographers go through the process of honing our skills (a process that should be never-ending), most of us start out as generalists, and gradually move to the kinds of photography that we really enjoy most, whether it's family, landscapes, travel, product, fine art, sports, performing arts, or portraiture.  Right now, I'd consider myself primarily a performing arts photographer, based on the percentage of dance and theater images in my inventory.  But eventually, we do our best work in what we really love to do most.  For me, at least right now, it's environmental portraiture, or as Joe McNally calls it, "a face in a place".

I recently finished shooting the St. John's Episcopal School's production of "Beauty and the Beast", which concluded its four-performance run.  I try to cover the production from rehearsals through the final performance, including at least one trip to the school's multipurpose room where the cast members do their hair and makeup.  It's a fun environment before the "last hurrah".  I get images of the kids putting on each others' makeup, or moms fussing over hair, maybe some group shots... you get the picture.

This year, I had a little more time, so I pulled a few of the kids aside for some impromptu portraits, either with their tools (as with Natalie above), or just up against a blank wall.  I like the way they turned out. 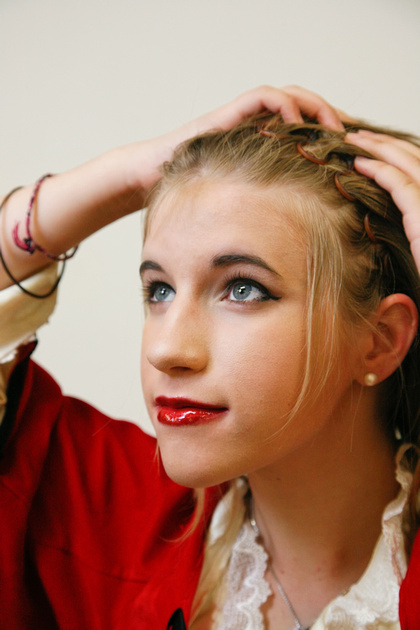 Emily played the role of Cogsworth, the human clock. She was putting her own hair together, and I asked her to simply look toward the window light, supplemented with a single speedlite fitted with a Lumiquest Big Bounce, held off-camera and pointed straight into Emily's face by another student cast member.  Total time from concept to execution, about 30 seconds. 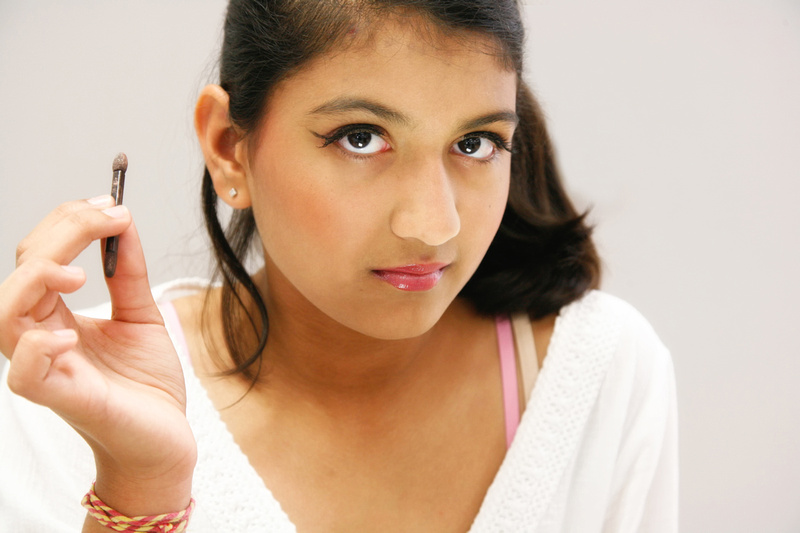 Aashi was doing her eye makeup up against a blank wall, with window light flooding in from behind her, camera right. For this shot, I asked her to hold her mirror just out of frame at an angle that would reflect the window light back into her face.  The catchlight in the bottom of her iris comes from the hand-held mirror. I then exposed for her face.  Exposing for a face otherwise in shadow brings a glow to the rest of the image. This is all ambient light. 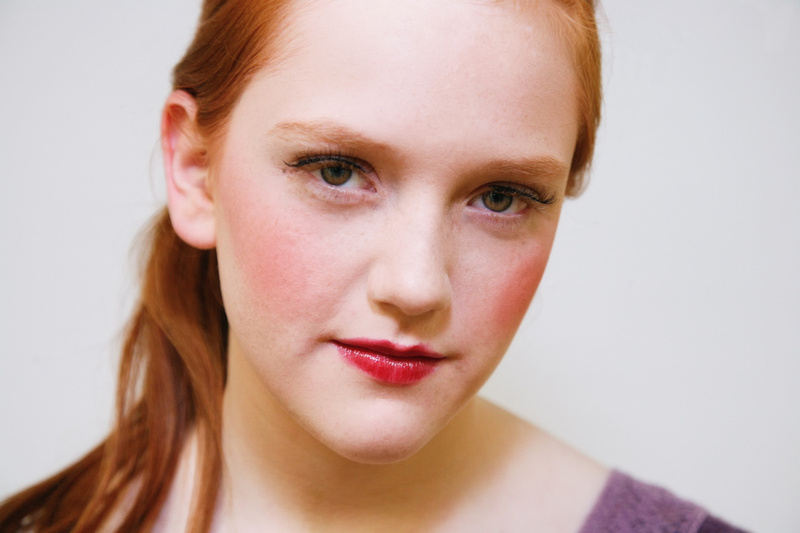 Andi is fair-skinned, and I wanted to take it even further with a cooler, almost high-key, high contrast look.  I asked her to pose up against the blank wall and to give me a serious look.  My VAL ("voice activated lightstand" - another cast member) held the speedlite 45 degrees up and over to camera left to give me a loop lighting pattern on Andi, and I captured this very mature look, especially for a middle schooler.  Ordinarily, I'd want a little more light in the eyes, but without it, the mood is even more dramatic.  Not a typical look for a fun-loving kid, but very effective for a young actress. I went the other way with Joe.  This is Joe in costume.  I loved the way he rocked the hat, kind of a cross between a fedora and a porkpie.  The costume designer really picked a winner with her atypical approach to Beauty and the Beast.  This time, the single speedlite is held at eye level to camera right to give modeling to the face.  The typical 45 degrees up and over would have produced shadow on the eyes from the hat, which I didn't want.  I asked Joe to lower his glasses for two reasons, first, to avoid glare from the flash itself, but more importantly, to give Joe some attitude. 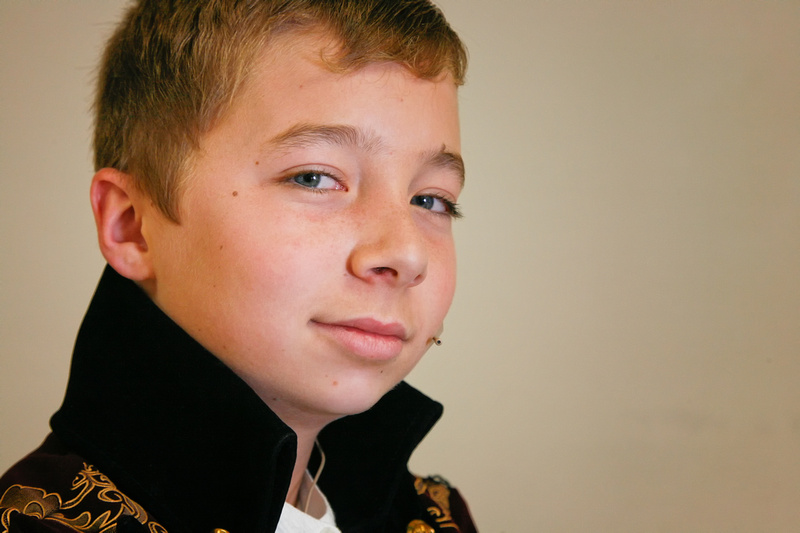 Dylan played the lead role as the Beast.  If you look up the word "ham" in the dictionary, you'll see a picture of Dylan.  This kid was born to act.  Though short in stature at this age, he more than makes up with confidence and dedication.  One might not initially consider casting a shorter actor for the lead role as the Beast, but Dylan brought his own energy and personality to the performance and totally sold it.  I wanted Dylan's confidence to show in this quick portrait, minus his Beast wig and mask, so I shot from below and gave him precise facial direction, including the patented Peter Hurley squint and smirk, and once again, he sold it.